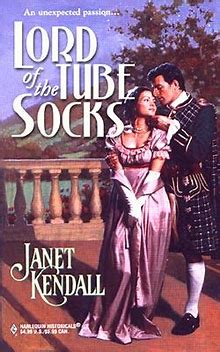 Nothing much happens for several chapters, so let us move on to Chapter CCCXVI of Violet Crepuscular’s epic romance, Oy, Rodney. This chapter is notable in that it is not able to provide us with any new crepuscularities. Oops…

The Marquess of Groan is suing Lord Jeremy Coldsore because he fell ill when the roof was blown off Coldsore Hall, Johnno the Merry Minstrel is suing the Wise Woman of the Woods for being wrong all the time, and the proprietor of The Lying Tart is suing the vicar for not getting rid of his backyard wading pool, under which quite a few of the pub’s most reliable customers have disappeared. It’s bad for business.

“Maybe I just ought to shoot all these dummies who want to sue everybody,” suggests the American adventurer, Willis Twombley. “We had a whole slew of lawsuits in Babylon once, so we put all the plaintiffs to death and that made the lawsuits go away.” Twombley believes himself to be Sargon of Akkad.

“You can’t shoot the Marquess because the Queen wouldn’t like it,” replies Lord Jeremy, “and you certainly can’t shoot Johnno because we need him to sniff out Black Rodney’s cuss-bags. He found another one just this morning–right under my bed, by Jove! Besides, we still don’t know what the Wise Woman of the Woods meant by warning us of ‘the clam before the storm.'”

“My six-gun’s gettin’ rusty, ol’ hoss,” Twombley complains. He suspects Lord Jeremy, his bosom friend, still harbors some resentment against him for accidentally shooting him in the foot, which is why he now has two left feet. He remains unable to dance properly.

Ms. Crepuscular suddenly shifts gears, subjecting the reader to her recipe for toothpaste icing for chocolate grass cake. “Mr. Pitfall will soon be released from the hospital,” she adds, “and I want to surprise him with it.”