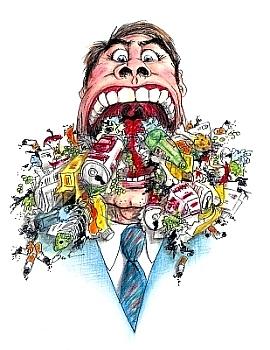 I’m finding it harder and harder to believe anything I read or hear in the “news.”

For instance, if I did believe what they were telling me, I’d have to believe:

Donald Trump is the most unpopular guy on the planet and nobody but white supremacists would ever vote for him.

It doesn’t matter which of their two dozen clowns the Democrats nominate, any one of them will beat Trump in a landslide.

Socialism for America is a done deal.

Trump’s impeachment is a done deal.

If by some miracle Trump survives impeachment, he’ll just get totally blown out in the next election.

Hillary Clinton would have made a great president.

And so on, and so on… The trouble is, I don’t believe any of those things. And when noozies try to pass them off as facts, I don’t believe them, either. (“We choose truth over facts!”  –Joe Biden) All they’re trying to do is upset and demoralize the tens of millions of voters who in 2016 chose not to have their country governed by the most corrupt woman in the Northern Hemisphere.

Our free and independent press is going to lie itself out of business.

And they don’t seem to care.