Why We Despise ‘Reporters’

I don’t watch nooze. It’s bad enough, just reading it. But yesterday something piqued my curiosity and moved me to watch a few minutes of President Trump’s press briefing. Because I never watch these things, I had no idea what to expect (https://www.businessinsider.com/trump-hhs-inspector-general-is-biased-report-on-hospital-shortages-2020-4).

So I saw what I didn’t expect: some nonentity of a “reporter” trying to talk over the president of the United States. He just wouldn’t shut up.  Like, Dude, who the hell are you? What kind of feral fool just keeps yakking away while the president is speaking? Who do these journalistic nimrods think they are?

How do you interview anyone if you won’t stop talking yourself? Many years ago, I was at a governor’s briefing. Those of us who had questions asked them–and listened to the answers. That’s how we were able to report on what the governor said. We were, I think, a dozen reporters. We didn’t just keep talking.

But that was then, this is now, and our free and independent press’ only mission in life is to damage Donald Trump and try to boost Democrats back into power. They want to do this because they’re idiots: no one with any more sense than God gave an umbrella stand wants Democrats in charge of anything.

It’s not only lousy reporting, to try to drown out the person you’re supposed to be interviewing. It’s also bad manners. To show that much disrespect for the president is shameful.

I admit I had, and have, no respect at all for the previous president; I don’t even like to type his name. But I’m not all over the airwaves, live, showing my disrespect.

Let them write what they please. But if they can’t behave themselves in public, then they shouldn’t be allowed out in public.

Hundreds of, er, “journalists” have been labeled non-essential and either laid off or forced to take a pay cut, laments CNN (https://nationalfile.com/hundreds-of-journalists-are-being-labelled-non-essential-laid-off-or-given-reduced-salaries/). [Wailing and gnashing of teeth]

And this, CNN adds, “right when the public needs them most!”

Break out the violins.

Yeah–what would we ever do without our daily ration of Trump-bashing, scare stories, and celebrity worship?

Today’s alleged journalists, we might well say, are the quintessence of the non-essential. They are almost–almost!–as useless as career politicians. And who’s more obnoxious–our free and independent press that acts as a traveling brothel for the Democrat army, or–well, I can’t finish that sentence. I can’t think of anyone more obnoxious than our free and independent press.

If they actually provided us with accurate and reliable information, that’d be wonderful. But they don’t do that anymore. There are still a handful of good reporters out there, but those are fast becoming an endangered species.

They refuse to do their duty, and that makes them worse than non-essential. In attempting to address any problem in America, the left-wing boot-licking press is always an obstacle to have to overcome.

Not that we actually care what this superannuated travesty of a newspaper says, but I think we need to understand how leftids think, the better to defeat them.

So some Far Left Crazy at the Times has written, “The Religious Right’s Hostility to Science Is Crippling Our Coronavirus Response” (https://www.nytimes.com/2020/03/27/opinion/coronavirus-trump-evangelicals.html). Well, gee, almost everything’s closed down, they’re working day and night to find a cure, and they just ponied up $2 trillion to tide us over–does that seem “crippled” to you? Does that really look like the Trump administration is just lah-dee-dahing it?

Yeahbut, yeahbut! The “science denialism”–what?–“of his [Trump’s] ultraconservative religious allies” is holding us back from the triumphs we’d surely have if only there weren’t any Christians in America. Or something. It’s very hard to make out what leftids are trying to say sometimes. But let’s try. Near as I can figure:

Being anti-abortion makes you “anti-science.”

Not believing in Man-Made Climbit Change makes you “anti-science.”

Not buying into Evolution makes you “anti-science.”

Failing to confess the existence of several dozen “genders” makes you “anti-science.”

Not being a hypnotized zombie leftid makes you “anti-science.”

Not taking the New York Times seriously makes you “anti-science.”

And if you didn’t vote for Hillary, you are way “anti-science.” Shame on you.

The White House squirted out of their hands in 2016, they can’t face life without power over other people, and liberals are just plain irrational and nasty in the first place, and puffed up almost to bursting with self-importance.

Don’t try to understand them. Just defeat them.

I have some hot stuff to post for you today, but I’ve just come back from grocery shopping and I need my cigar break.

The shortages were less pronounced than they’ve been, but still no toilet paper, no paper towels, and no quarts of milk. I can’t buy a half gallon and use it up before it goes bad.

But boy, oh, boy! Going by the canned news we were hearing on the radio on the way to the supermarket, America is doomed, kaput, finished, we’re all gonna die–I mean, they were carrying on like there were piles of dead bodies on every street corner.

Why are they doing this? It’s true that disaster always gets good ratings; but I think the Democrat/media/Hollywood axis is trying their hardest to hurt President Donald Trump and torpedo his re-election. And they don’t care what happens to the country, as long as they get their way. If they have to destroy it in order to rule it, then so be it.

The virus will be over and done with someday, but leftids will still be here.

Vote them out of business in November. Democrat Party, gone forever: amen.

I wasn’t going to cover any nooze today, but this bit of  “Aren’t we clever!” from PBS caught my eye.

Tennessee has enacted a law that allows for public funding of adoption agencies even if they refuse, on religious and sanity grounds, to hand children over to “LGBTQ” households (https://www.pbs.org/newshour/politics/tennessee-governor-signs-anti-lgbtq-adoption-bill). Nine other states have already done so. The law does not change anything; it only protects some adoption agencies from being forced to change.

So naturally PBS reports it as an “anti-LBGTQ adoption law.”

The law–regrettably!–does not stop adoption agencies from doing “gay” adoptions. It only protects religious freedom by saying agencies do not have to do them, and can’t be punished, by having their funding pulled, for not doing them.

If you can’t see the difference, you’re a Democrat.

Yo, PBS! You have just demonstrated one of many reasons why most people don’t trust the nooze media anymore. Very slick, but not slick enough.

We’re on to the nooze media; and maybe someday we’ll elect a Congress that has the guts to pull PBS’s funding.

My Newswithviews Column, Jan. 23 (‘Voting for Trump is… Illegal?’) 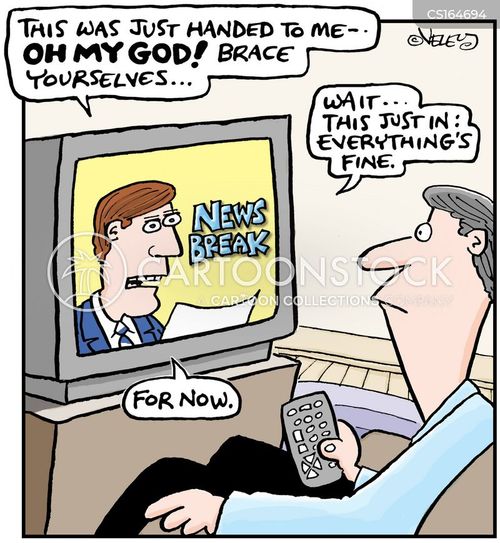 Speaking of nooze media hubris, here’s the Far Left Crazy at NBC Nooze trying to make the case that voting for Donald Trump is unconstitutional and shouldn’t be allowed.

Voting for Trump is… Illegal?

These people must think we’re as stupid as they are. Or as delusional. Or both.

But then their job, as they see it, is to tell you what to think. Mika Brzezinski says so, and she’s a certified dunderhead. 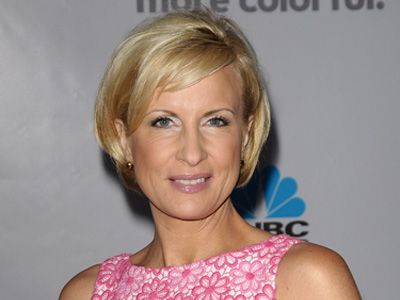 Great Moments in TV Journalism: Mika Brzezinski states on the air that telling people what to think is “our job.”

This is fat-headedness on a grand scale. It’s what happens when all the muscles in your head–there never was a brain up there–turn into fat.

How about it, America? Do you like dummies telling you what to think?

I don’t know that I can translate this new NBC Nooze op-ed into plain English, but I’ll try. Let’s start with a quote.

“Trump voters motivated by racism may be violating the Constitution.” And voting for Trump may be “not just immoral, but illegal” (https://legalinsurrection.com/2020/01/too-stupid-for-words-nbc-news-op-ed-claims-voting-for-trump-not-only-racist-but-unconstitutional/).

Second, in what way is voting for a candidate for the “wrong” reason “illegal”?

Because “racist appeals in union elections” have been ruled unconstitutional by the courts. What labor union is Donald Trump running for president of? “Shut up,” they explained.

Somehow I missed President Trump getting on the air and saying “Vote for me, and I’ll put [select a “race”] in their place.” Oh, wait a minute–he never said that, or anything even remotely resembling it. But never mind: NBC Nooze just knows he’s a racist. Mostly because everyone who’s not them is… a racist. Somehow.

So the noozies think they can, by some unspecified means, get inside the voters’ heads, and if they don’t like what they find there, those voters shouldn’t be allowed to vote.

Again, how do we know the voter is motivated by racism? Guess we’ll just have to take NBC’s word for it. Or construct what is known in logic as a sillygism. “Donald Trump is a racist.” He isn’t, but they say he is, so he must be. “Therefor, everyone who votes for him is a racist, too.”

Liberty is not something that left-wing noozies and the Democrat Party intend for us to keep.

Don’t ever forget that.

No “investigating” any Democrat candidate, especially him.

I mean, okay, sure, the guy who owns the newspaper is going to have his views represented in it–on the editorial page. Not disguised as factual news reports. I realize that what I’m saying is ridiculously old-fashioned, but I can’t help it–that was how we did journalism, back when I was an editor and reporter. You put the opinion on the opinion page.

But this is breathtakingly flagrant. This is hypocrisy on steroids. Bloomberg Nooze will continue to “investigate” President Donald Trump and any other Republican, but all the Democrats are out of bounds.

Mayor Soda Ban has already spent $34 million on campaign ads, and he’s only just started. He now has made sure that at least one very large news corporation won’t be peering through his keyhole. The others will probably all follow suit.

Our free and independent press pioneered this sort of non-coverage by refusing ever to examine the background, credentials, and character of President *Batteries Not Included. But that’s only because they were so busy praising him.

Is this a shameful age to be living in, or what?