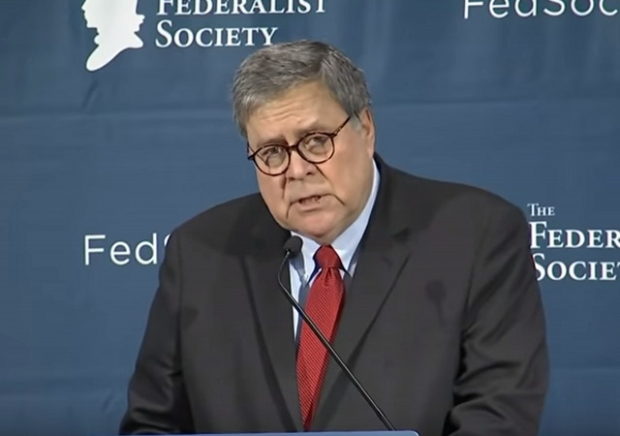 This is no longer about Donald Trump, or anyone else the Far Left Crazy, aka the Democrat Party, wants to impeach.

It’s about how our country is to be governed from now on–by laws, due process, and respect for the American people, or by savage partisanship, irregular and unpredictable procedures, and intimidation.

Attorney General William Barr on Friday gave a hard-nosed speech on this subject (https://townhall.com/tipsheet/bronsonstocking/2019/11/16/attorney-general-barr-rails-against-the-resistance-senate-democrats-and-activ-n2556601), calling out “the Resistance” for its continual attempts “to sabotage the functioning of the executive branch and his [President Trump’s] administration.”

To claim, as they do, that our current government “is not legitimate,” Barr said, is “a very dangerous and indeed incendiary notion to import into the politics of a democratic republic.” The Congressional Democrats’ “avalanche of subpoenas is plainly designed to incapacitate the executive branch and is indeed touted as such.”

They have made their purpose clear; and their tactics are “a scorched……………-earth, no-holds-barred war of resistance against this administration… No other president has been subjected to such sustained efforts to debilitate his agenda,” the attorney general said.

Progressives, he said, treat politics as their religion, and “their holy mission” is “to use the coercive power of the State to remake man and society in their own image, according to an abstract ideal of perfection… by any means necessary.”

The nooze media wing of the Democrat Party was quick to brand the speech as “partisan”–as if they ever say or do anything that is not flagrantly partisan–and “outrageous,” as if the Far Left loons in Congress are anything but outrageous. We can no longer believe anything they say.

But Mr. Barr has hit the nail on the head. If these wicked persons get away with this, if they go unpunished by the voters in the next election, they will be encouraged to do it again. And again. And no president will ever be safe again from a hyper-partisan Congress that flouts due process and makes up their procedures as they go along.

Somewhere along the way, despite the best and wisest efforts of our country’s founders, our public servants became our rulers. People who come to Capitol Hill poor go home rich. It’s a non-stop party up there, at our expense.

It has to be stopped–or we will lose our republic.

8 comments on “‘The Resistance’ Endangers America”