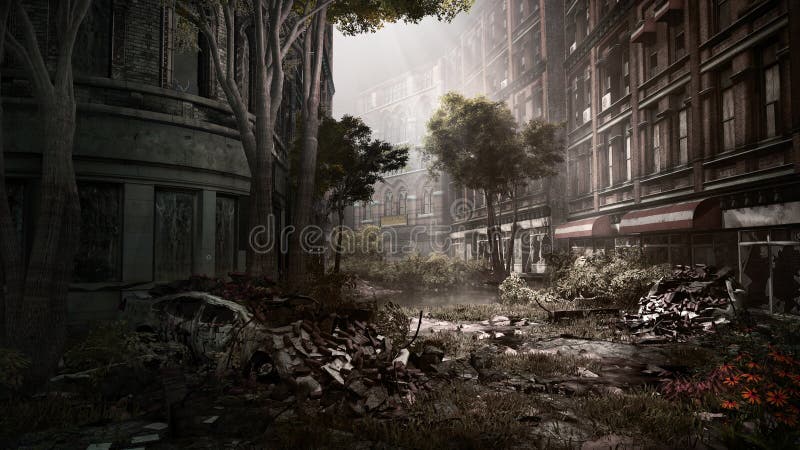 To make their land desolate, and a perpetual hissing; every one that passeth thereby shall be astonished, and wag his head.   –Jeremiah 18:16

When the Babylonians took Jerusalem, they tore down the city’s walls, demolished all its major buildings, and set fire to it. The city’s inhabitants were scattered or deported.

And so certain travelers and traders would have had the experience described by Jeremiah, passing by the ruins of Jerusalem; and many of them would have done business there in better times, and would remember what the city had been like before its destruction. They would have seen it before and after.

Greater cities than Jerusalem would also be brought to desolation, the prophets warned. Babylon, once the greatest city in the world. Nineveh, the capital of the mighty Assyrian Empire. Both were so thoroughly desolated that their exact location was forgotten for centuries–until archaeologists dug them up again.

We don’t have that experience anymore. We don’t have cities that get destroyed and not built up again, but are left to the mercy of the elements.

Yet. We don’t have them yet.

Jerusalem and Nineveh were conquered by foreign enemies and quickly destroyed, but Babylon was a long time dying. It was conquered several times, until it wasn’t worth conquering anymore. There was enough of it left in the early Middle Ages for the Arabs to use it as a source of bricks for their building projects, but no one lived there anymore.

Some of our great cities in the West look like they’re on their way out. San Francisco. Detroit. Maybe London, Marseilles, Stockholm.

What will people say, when passing by the heap of ruins that used to be San Francisco? There may be those already born who will do that. Will they wonder how such a disaster could have happened; or will the next earthquake be sufficient explanation? Will anyone remember the filth on the sidewalks, the lawlessness, the sexual depravity–the crime and poverty spreading outwards, like ripples on a pond?

God is waiting for us to clean up our act.

3 comments on “Desolations to Come”