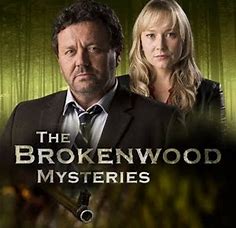 My wife was sick all day Sunday, so when she rallied enough to want to watch something, last night, I was happy to let her choose the show. She chose the new episode of The Brokenwood Mysteries, made in New Zealand. We’d watched several seasons’ worth, and liked it.

Now it has become a show in which characters actually babble about “diversity” and “inclusion” as real things that are important in their lives. The setting is a small town in which there are no intact families. Not even one. And you can always tell who’s going to turn out to be the murderer, or at least a victim who richly deserved it, because it’ll be a character–usually a “Christian,” whatever they think they mean by that–who stands out because he’s the only one not on full-throttle, cartwheel-turning support for everything sodomy. One individual–naturally, the wisest, wittiest, and most benign human being in Brokenwood–is billed as the town’s “first gay mayor.” As if he were to start a whole dynasty of homosexual mayors. Even the little old lady who takes walks is, like, totally woke.

It’s indescribably dreary. The episode ended with the police counseling the estranged lesbian pair to give it another go because “love wins” or something.

Can’t blame Hollywood for this travesty. This is a New Zealand caper, all the way.

But is this what screenwriters and “entertainment” honchos really, truly, think our lives should be? What could be more depressing than the flat, barren, dead sameness of “diversity”?

But if people really lived like that, it wouldn’t be long before there were no more people.

7 comments on “The Most PC Cop Show Ever”