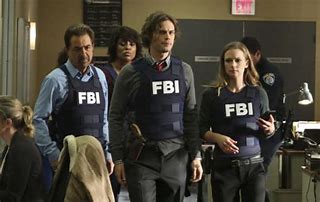 I had to accompany my wife to the doctor’s this afternoon, and sit in the waiting room with the TV. It’s just so awful. And even if it weren’t awful, you can make anything awful by interrupting it with commercials featuring goofy people dancing maniacally to horrible music. King Lear couldn’t survive that.

Then there was the show, in between commercials. Incredibly Diverse FBI SWAT team takes down murderous gang of evil white guys. I find it very hard to believe that FBI SWAT teams are staffed by hundred-pound twinkies with perfect hair who can easily flatten any 250-pound male villain foolish enough to challenge her. I also find it hard to believe that every major ethnic group is, in fact, represented in every SWAT team.

So the Asian-American good guy finally gets the upper hand of the loathsomely vicious top villain (who’s already killed several innocent people) and claps a judo choke hold on him–a real one, to my surprise: hadaka-jime, if you want to know–and is about to finish him off for good when one of the twinkies says, “Stop! You’re better than that!” Bruce Willis would’ve said “Not really,” and it’d be lights out for the bad guy. But Bruce Willis wouldn’t’ve been caught dead in this extravaganza. Ditto Denzel Washington. I am so glad Denzel doesn’t do TV. There are jobs for these guys in Obann, if they want ’em.

It’s not that contemporary commercial TV underestimates the viewers’ intelligence. Their position seems to be that the viewers have no intelligence at all.

And I am sure there are shows out there that make this one look like a Mensa entrance exam.