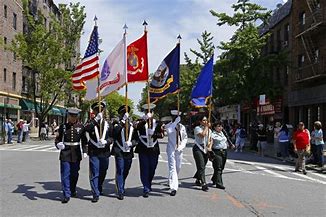 Welcome to our locked-down, 50 degrees of Global Warming, parade-less Memorial Day of 2020. My family always had a backyard barbecue after the parade. Man, it’s cold this morning!

Some Thoughts on Memorial Day

Let’s keep the holiday in our hearts, and keep it in our minds, and resolve never again to shame our ancestors’ sacrifices by trashing the country they died to protect.

May God grant we come out of this pandemic tribulation a better and wiser nation than we were, going in.