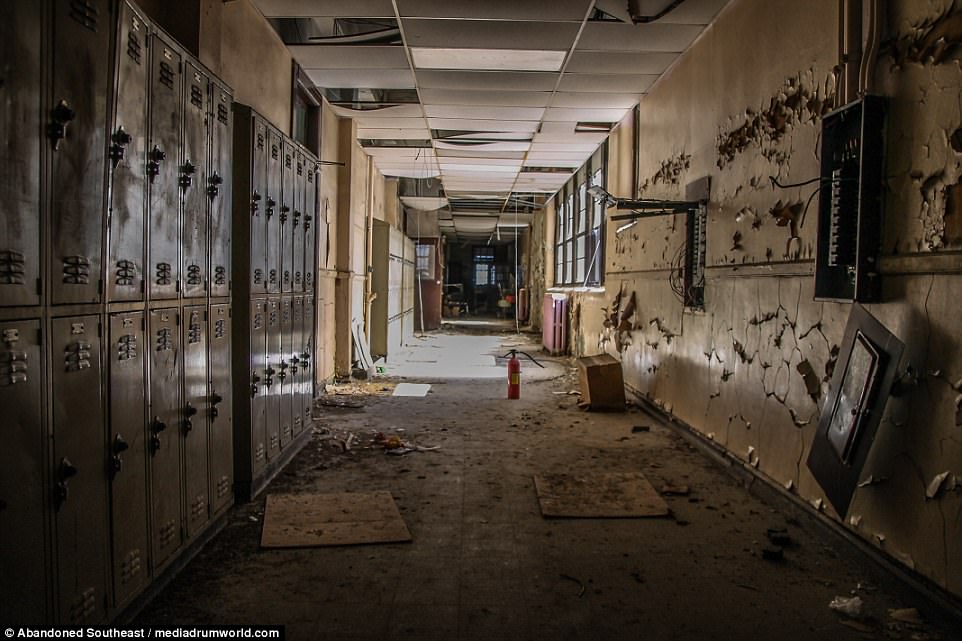 Does your town have an abandoned high school slowly sliding into total ruin? Probably not, unless you live in a Democrat city where the whole shebang is sinking into oblivion. But in most small towns, the high school is the single most expensive item on the budget and will only be abandoned if a) the whole town fails or b) they build a new high school and haven’t yet figured out what to do with the old one. My town’s old high school, having been replaced, has been torn down to make room for more condos.

I did get to thinking, “This is the kind of place that Ysbott the Snake would really like. He could make it his hideout. Abandon all hope, ye who enter hear.”

Look at that hallway. Such waste! Those lockers could have been salvaged. Ditto a lot of the electrical components. That’s money that people had to work for, all gone up in smoke.

These abandoned high schools, though, are emblematic of the whole public “education” enterprise. It produces morally empty buildings disguised as graduates. Big and imposing on the outside, but on the inside, nothing there.

Unless Ysbott’s in there, planning crimes.

5 comments on “A Creepy Place”