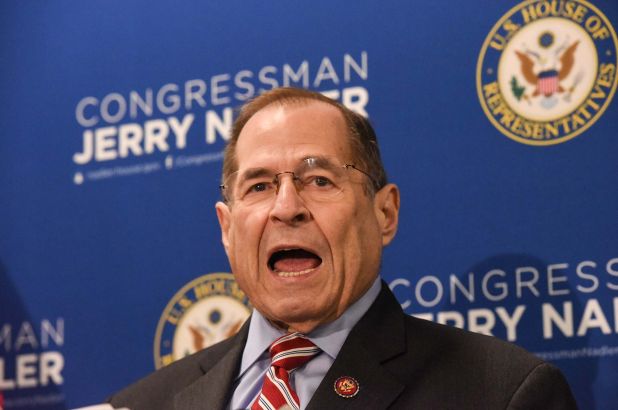 The truth is not in him.

You remember this stuffed turkey from the “impeachment” hearings–the waste of space that is Congressman Jerry Nadler from New York.

Asked about how maybe he and other Democrats might possibly denounce the riots in Portland, OR, this past weekend, Nadler said the riots never happened. “That’s a myth that’s being spread only in Washington, D.C.” (https://nypost.com/2020/07/27/jerry-nadler-calls-violence-from-antifa-in-portland-a-myth/).

Click the link for a detailed description of the many kinds of violence featured in Portland’s “peaceful protest.” It was formally declared a riot, by the authorities, on Sunday night.

Nadler and two other Democrats in the House of Representatives condemned… the police. Not the rioters.

I think by now the entire country knows that the term “peaceful protest” is a load of cow flop. The only question that remains–and it may be impossible to get an answer, given the profound dishonesty of our nooze media–is whether the violence is really quite as widespread as it appears to be when we see it on TV. You really don’t know what you can believe anymore. Although you freakin’ well know you can’t believe Nadler.

If you’re even thinking about voting for Democrats in November… see your exorcist.