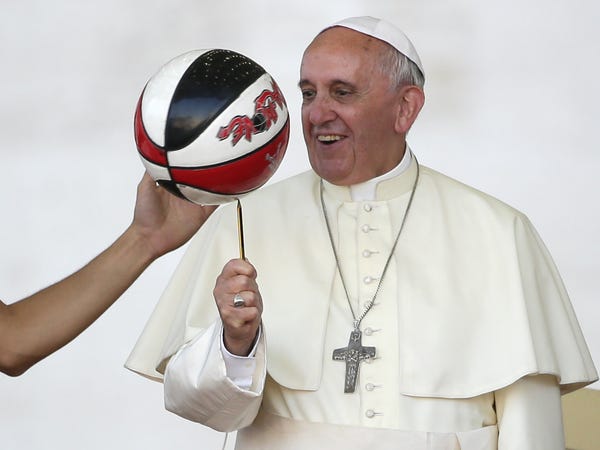 What would a bad nooze day be without Pope Francis I tearing down a bit more of Catholic teaching?

In a newly-released documentary, the Pope stated his support for Church recognition of “civil unions” for homosexuals (https://www.wsj.com/articles/pope-francis-backs-civil-unions-for-gay-couples-in-shift-for-vatican-11603296578). As usual when the Pope gets theologically frisky, the Vatican Press Office had no comment.

Now just because he’s in favor of civil unions, the Pope said, doesn’t mean he’s backing same-sex “marriage.” I guess all he’s doing is giving unrepented sin a pass and ignoring Biblical prohibitions of sex outside of marriage–although the difference between a marriage and a civil union is unclear to most people who aren’t lawyers.

Asked about these prohibitions back in 2013, Francis said, “Who am I to judge?” (Hint: We thought he was the Pope.)

What? If the Pope can’t “judge,” then what’s his role in the Church? A cheerleader? But God has already judged this form of fornication and ruled it a sin. We don’t have to judge it. God’s word rules it out.

There has to be some way of being compassionate and kind to sinners without just waving away the fact of their sin and saying it’s all right, the Bible’s only a book or something, pay it no heed. Why should the sin of homosexual acting-out get a free pass? Why not some other sins, too?

I have no idea what this pope is trying to do to his church.