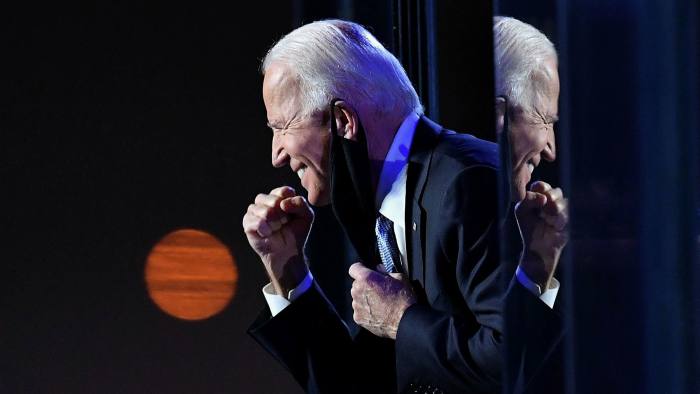 Although the election results are in serious dispute, that doesn’t stop our Free & Independent Nooze Media Inc. from “calling the election” for Doddering Joe, pasting his grinning vacant face everywhere you look, and babbling about “unity” and “healing”–after spending every minute of the last four years calling normal people Nazis, White Supremacists, deplorables, dregs of society (Biden’s phrase), and every day trying to take down our president. Unity and healing, eh?

Let’s see… they’ve stolen our car, vandalized our house, poisoned our dog, corrupted our children, and kicked us in the groin…and now they want unity? They threaten us with riots if we won’t bow down to them… and they want healing? “Well, yeah, okay, we did do all that stuff to you–but now we can be friends, right? Let bygones be bygones!”

No way, sunshine. You stole our country: we want it back. You are not going to get us to believe in this election just by having your media stooges incessantly cackle that you won, it’s over, time for us cattle to be branded.

In the classic movie Gaslight, Charles Boyer tries to convince Ingrid Bergman that she’s lost her mind. That’s where the verb “to gaslight” comes from. And that’s the word that most accurately describes what the Democrats and their media hacks are trying to do to us.

As the evidence of fraud in the 2020 presidential election mounts up to the stratosphere, they want us to believe it’s “baseless,” there’s “no evidence,” the candidate who hid in his cellar all summer is the clear winner… blah-blah-blah!

The answer is no! Never! They think that because they have destroyed some evidence, there’s “no evidence.” But destroying or concealing evidence is in itself evidence of crime. Is there truly anybody out there who doesn’t know that?

We will not surrender to this fraud. We will not let it stand. And it gives me the most sublime pleasure to think that when the Democrats get cut down, the noozies will be cut down with them. It couldn’t happen to a more deserving set of villains.

5 comments on “Project Gaslight: No!”