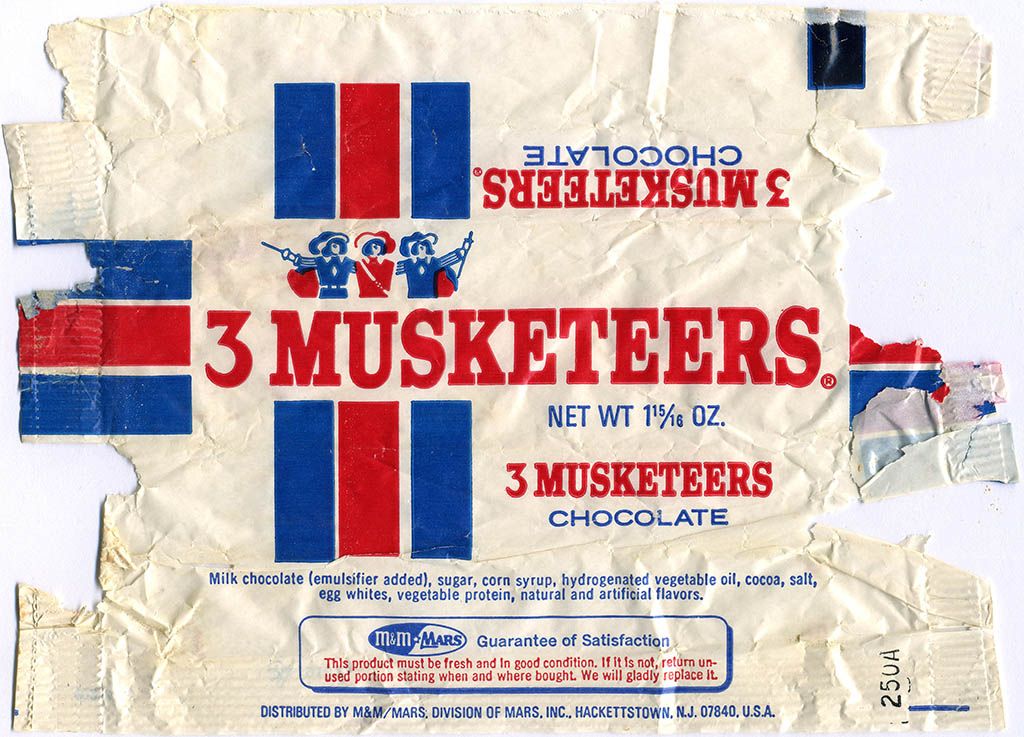 (Well, our nooze-free weekend doesn’t seem to be going very well. My thanks to everyone who showed up anyway.)

I’d never noticed this until this morning: the Three Musketeers candy bar no longer has a little picture of the 3 Musketeers on the wrapper.

Now why should that be? This candy bar was introduced to the public in 1932, and named “3 Musketeers” because it originally came in three parts. It went to just one part during World War II, but the name stayed the same and the TV commercials featured guys dressed up as the 3 Musketeers.

When did they remove the Musketeers’ picture from the wrapper? And an even bigger question–why?

I hope it’s not because marketing research showed that hardly anybody, anymore, knows who or what the Three Musketeers were. So why even mention them, nobody knows what you’re talking about.

Is that another piece of our heritage that we’ve lost? Are we doomed to wind up with nothing left but comic books and video games? The horror, the horror–!

4 comments on “Unexplained Paranormal Mystery: Where Are the 3 Musketeers?”