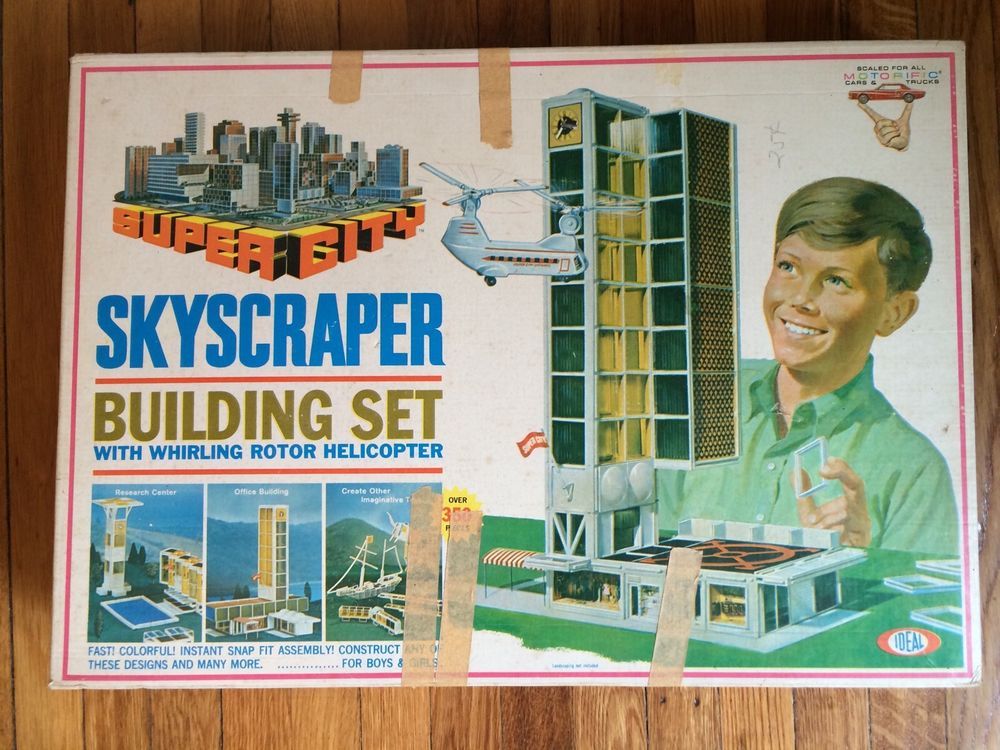 Nobody likes to go outside in freezing rain. A day like today brings back memories of a plastic skyscraper kit my brother used to have. It was nowhere near as fancy as the one in the picture above, but it had hundreds of pieces and it certainly sufficed.

My brother and I used to try to construct buildings that would use all the pieces in the kit. That would keep us busy for a while. You started with a composite wood base and built up from there. It had room for two skyscrapers, which we could connect with walkways. By and by the building would become inhabited by dinosaurs, cavemen, and wild animals, and adventures would follow.

The pieces interlocked, no glue involved, you could always take a building apart and make another one. That was the only way you could get the Brontosaurus out. Hours of fun.

Lego still exists, so there must be kids out there who have the attention span required to build an elaborate plastic skyscraper. Such a peaceful, soothing game to play! Grandma used to hope that one or both of us would grow up to be engineers who built bridges. She had to settle for plastic skyscrapers. And so did we–but they sufficed. They did indeed.