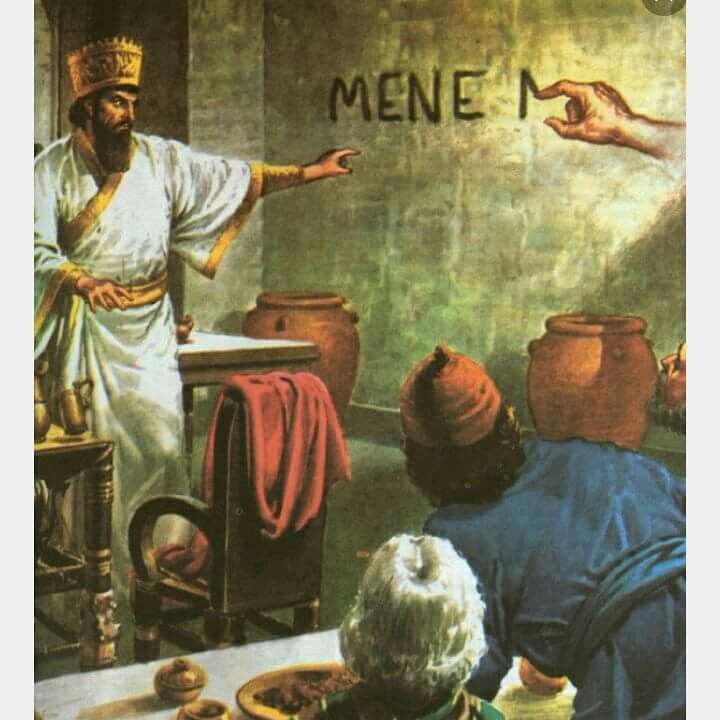 Thy Kingdom Come: Studies in Daniel and Revelation by R.J. Rushdoony–I wasn’t ready for this book when I first read it almost 20 years ago; but much water has flowed under the bridge since then, and I think I’m less unready now.

Check out Reputable Bible Scholars Inc. on Daniel–they so want this not to be true! So they insist it isn’t. Exiled Jewish priests made it all up, hundreds of years after the events Daniel supposedly prophesied.

This is what Rushdoony called “the offense of Daniel.” Daniel offends modern, humanistic sensibilities. Rushdoony divides the great offense into four elements:

*”It manifests in unavoidable terms the biblical concept of God.” A God-centered universe, in which man is a created being subject to his Creator, really cheeses off the Bible Scholars. They want to be the center of the universe. With tenure.

*It’s prophecy. Modernism totally rules out prophesy from the get-go. If it’s prophetic, it can’t be true. And then they all run out and prophecy about Climbit Change.

*It has miracles in it. Again, something the scholars rule out: no miracles allowed. This from the same people who believe socialism will really work, just give it a chance.

*It’s offensive because it teaches that God controls history. We don’t want to hear that! We want government control of history! Mandates! Blah-blah.

I’m expecting Thy Kingdom Come to give me insights into Daniel and Revelation, and into today’s events. Why is our culture deteriorating so rapidly, and in such bizarre form? What can we do about it?

There’s understanding available, to be harvested by study, prayer, and exchange of ideas.

Just stay away from Scholars.