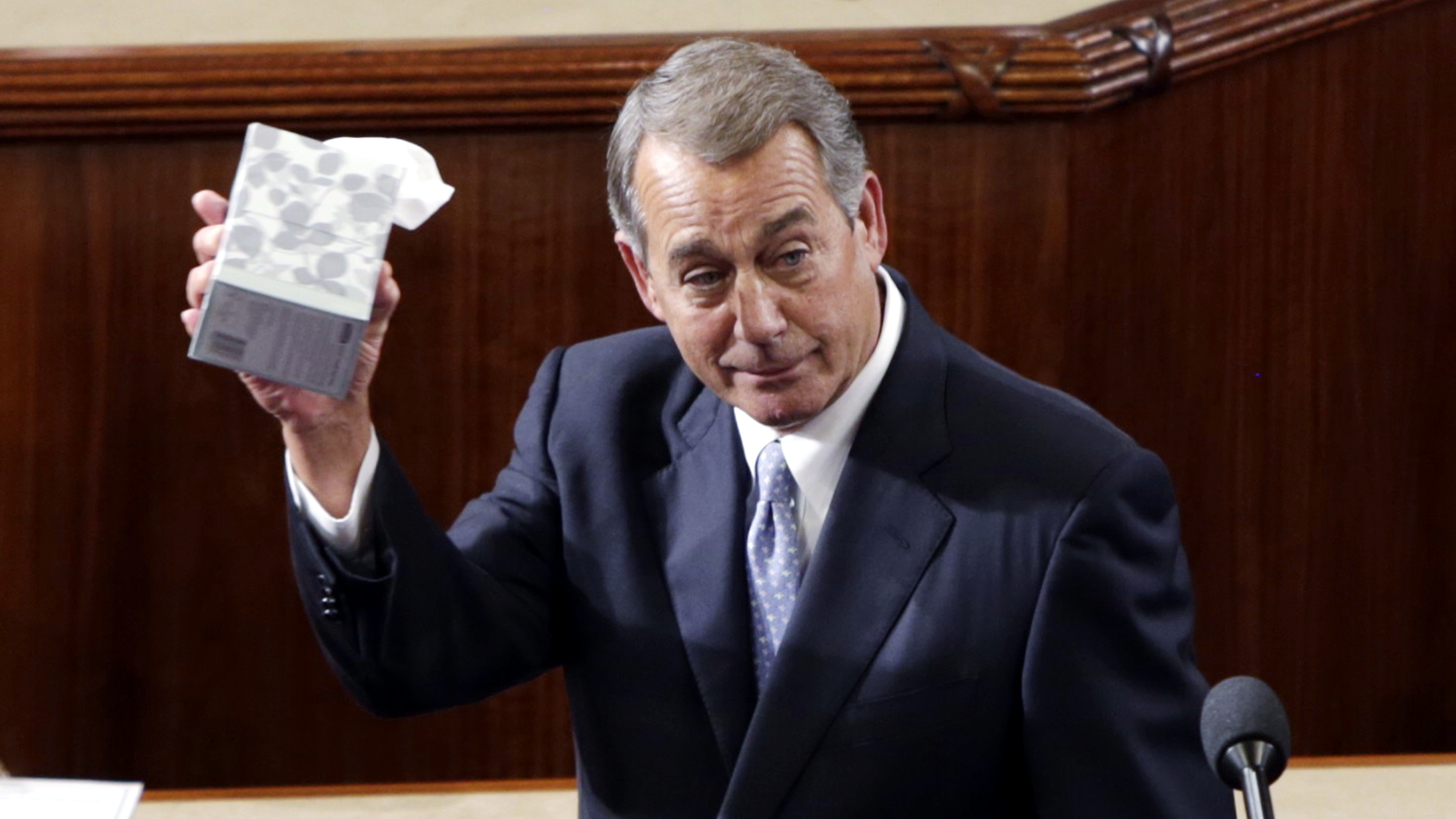 Remember John Boehner? He was the, ahem, “Republican” Speaker of the House who used to play golf with Obama. Leader of the opposition party–under whose direction there was no meaningful opposition at all. I think he also used to cry a lot.

Since 2018, he’s been sort of a lobbyist for a major marijuana provider. He says he hasn’t smoked any pot yet himself, but he’s “open” to the idea (https://www.marijuanamoment.net/former-gop-house-speaker-john-boehner-says-hes-open-to-using-marijuana/).

And he’s got a new book out, too, decrying the Country Club & Bow Tie Party’s drift toward populism. Silly voters. And after all the elitists have done for you, too!

I had–past tense–a lot of friends who were serious pot-heads. It made them unspeakably dull.

What did we ever do as a nation to deserve being governed by the likes of Boehner?

5 comments on “From Speaker of the House to Pot Pusher”