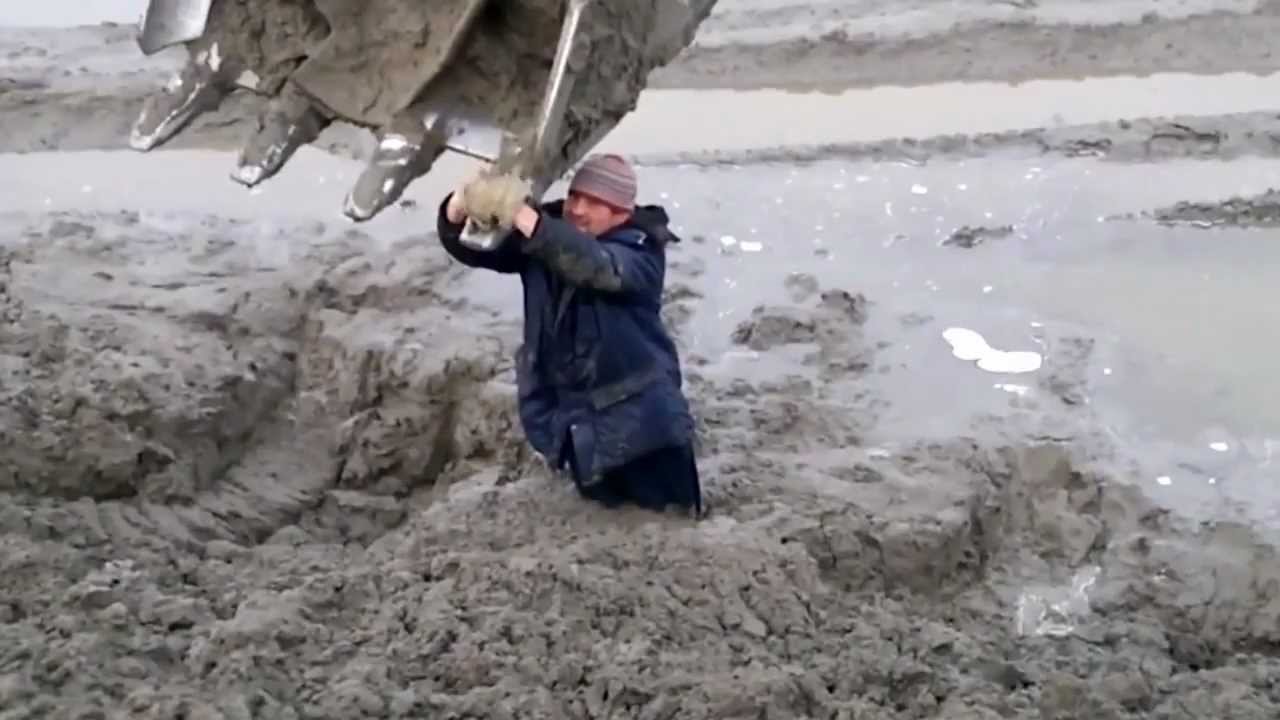 It took a steam shovel to lift him out! I wonder if his shoes and pants had to stay behind.

So there I was in my waders, exploring the rim of a sedge island in Barnegat Bay, NJ, when I began to sink into slimy black mud. It only took a moment or two for me to sink up to me knees; and as I began to sink deeper, I wondered if I was in real danger. Trying to lift my feet and get out just wasn’t working.

What a feeling! I mean, we’ve all seen it in the movies, haven’t we–people getting sucked down by quicksand, never to be seen again? You never think it’s going to happen to you.

Thinking quickly, I grabbed a double-handful of sedge and used it to pull myself out of the mud. It was strong, it didn’t break, and I was soon out of the mud. Don’t worry, I was never going to perish. A yell for help would have brought several nearby people running.

Besides which, science says it’s impossible to get sucked all the way under by quicksand (https://www.bbc.com/future/article/20160323-can-quicksand-really-suck-you-to-your-death). The real danger is, you might not be able to get out. Hey, you’re in trouble if you can’t get out of your broom closet. Ditto with quicksand. And it’d be too bad if the tide came in on top of you…

That sedge-mud is the devil, though.