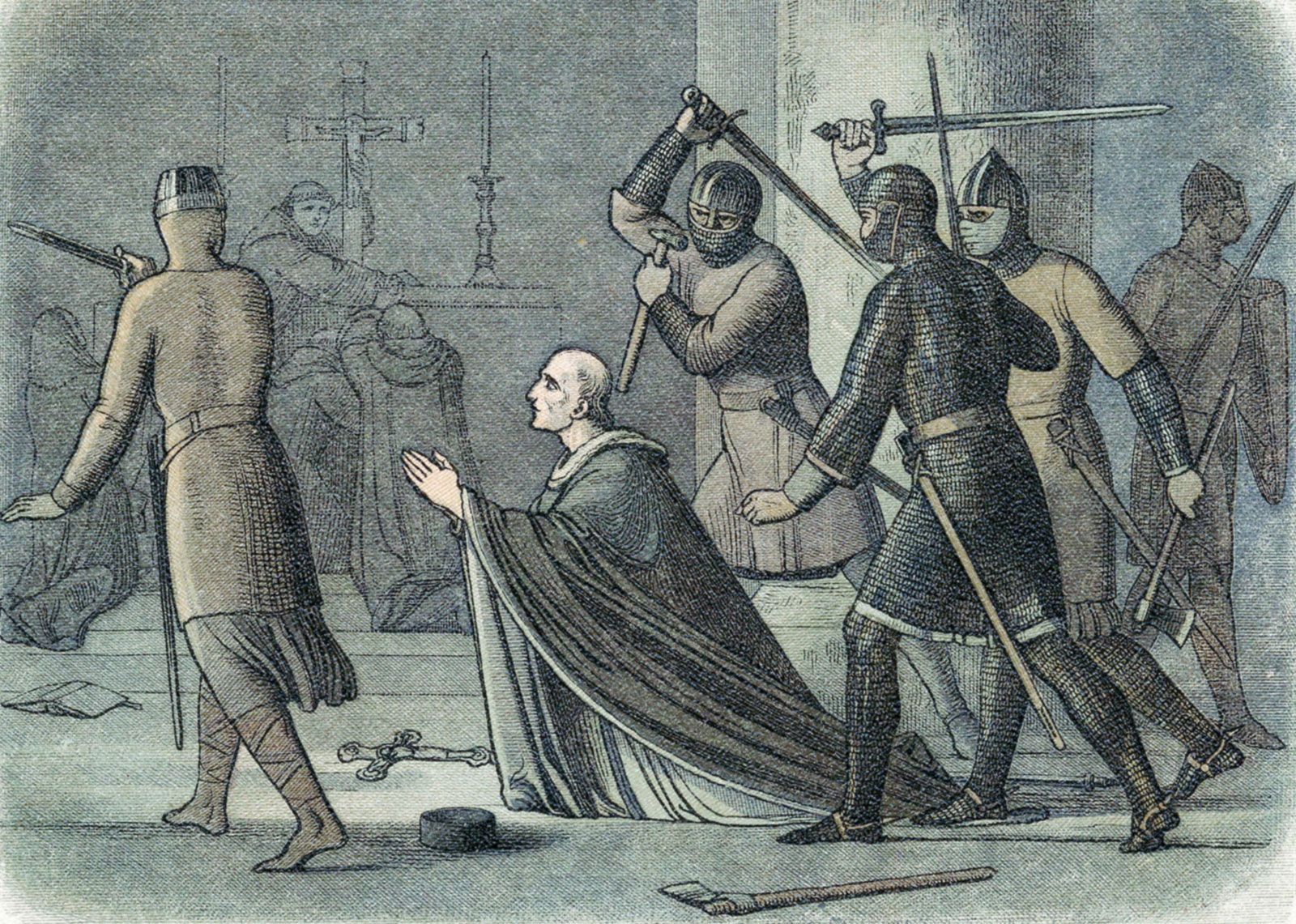 The murder (in the cathedral!) of St. Thomas a Becket

The U.S. Conference of Catholic Bishops, in search of “Eucharistic coherence,” yesterday voted almost 3-1 to “proceed with drafting a formal statement on the meaning of Communion” which would include a provision to deny Communion to Catholic politicians who support abortion (https://thehill.com/homenews/administration/559167-bishops-vote-to-proceed-with-drafting-document-on-denying-communion).

A formal vote will be taken at the bishops’ next meeting in November, having allowed four months for debate.

Their action would have to be approved by the Vatican, which has signaled that it will not approve the measure–thus achieving Eucharistic incoherence. “It’s okay for the big shots to support abortion, but it’s still a sin!”

Where’s St. Thomas a Becket when we need him? But he was murdered for asserting the church’s independence from the King of England.

The Red Pope says he doesn’t want the Eucharist to be “used as a political weapon.” Well, sunshine, it goes with the territory.

I wonder if there’s a schism in the church’s future.

3 comments on “U.S. Bishops Move Toward Denying Communion to Pols Who Support Abortion”