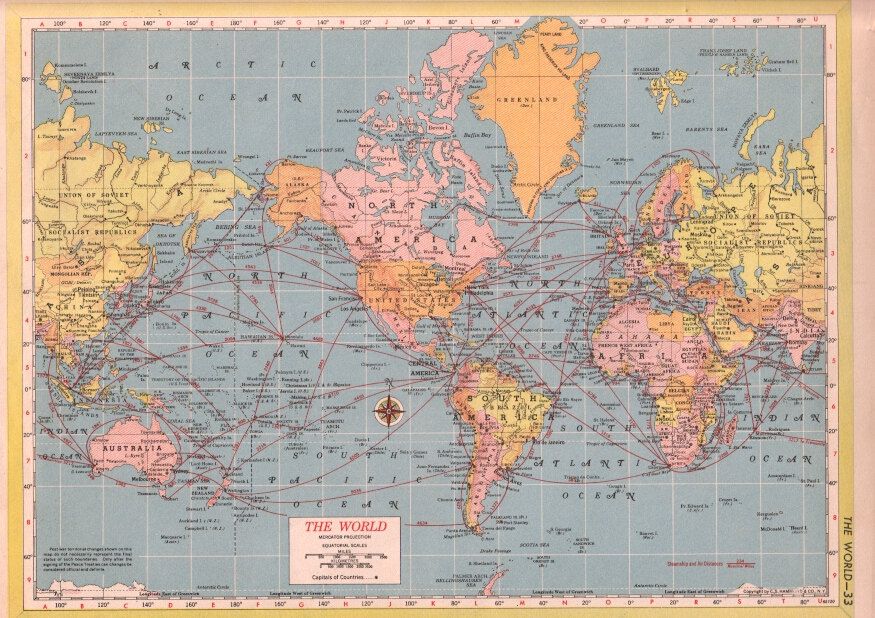 Out sixth-grade teacher, Mr. Thomas, used to teach us geography by handing out lists of places that we never heard of, which we were to locate on a map and write some general description of where they were.

I found Tannu Tuva right away, knowing from my stamp collecting album that it nestled somewhere on top of Mongolia. But Heligoland? Where the dickens was Heligoland? No one could find it! We began to suspect Mr. Thomas of introducing made-up fictional places into the list.

But no–he hadn’t done that. Heligoland turned out to be a real place: an island in–yup!–the Heligoland Bight. Which connects with the North Sea. I very much doubt there’s anybody who was in that class who has forgotten where Heligoland is.

This exercise kind of grew on me. I came to take pleasure in exotic names of faraway places. My friends marveled at my knowledge of capital cities (“How the heck did he know the capital of Malta?”). All this stuff, all over the world. Salt deserts of Persia. Tien Shan Mountains. Great Slave Lake. Elephant Island. The White Sea.

How cool is all this stuff? Maps still fascinate me.

But I think I’m talking about a bygone time.