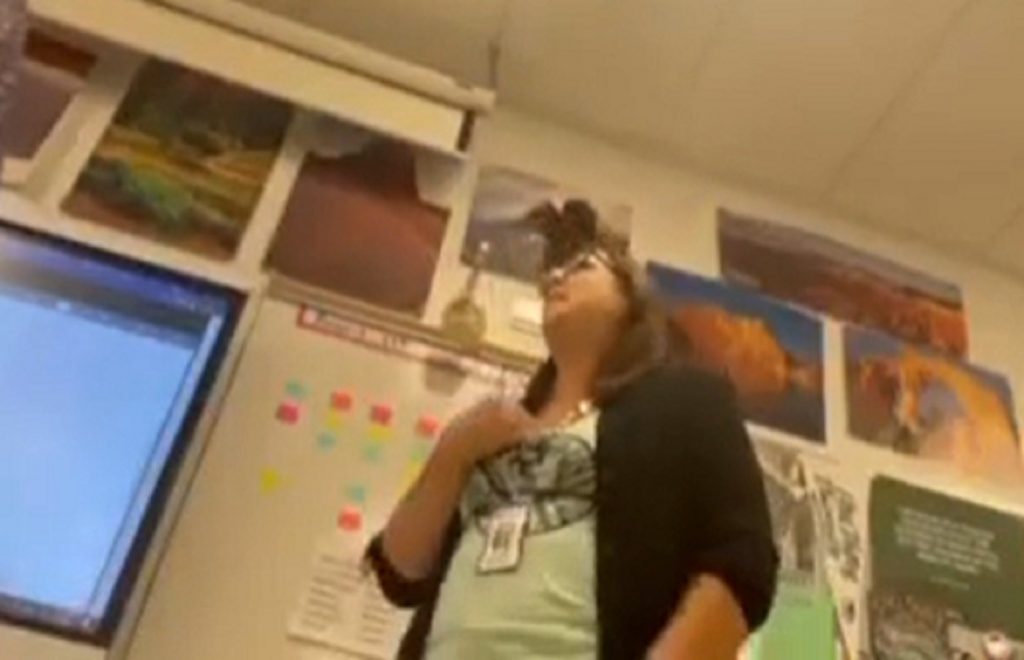 A chemistry teacher who two days ago went on a Far Left Crazy rant in her classroom, and was captured on a student’s video camera, “is no longer employed” there, school officials have announced (https://www.fox13now.com/news/local-news/lehi-teacher-on-leave-under-investigation-after-video-shows-political-statements-in-class). The video is embedded in the Fox News story.

This was at Lehi High School in Utah’s Alpine School District. The “teacher” was also the school’s Gay-Straight Alliance adviser.

(Hint: If your school has a Gay-Straight Alliance… Well, what do you expect?)

So what did the teacher say that got her canned in just two days? Usually a public school teacher has to commit suicide, to actually lose her job.

These were her major points: One: You’re smarter than your dumb and stupid parents; Two: I hate Donald Trump; Three: You’re “pathetic” if you don’t believe in Climbit Change; Four: Say even one discouraging word about LGBTQ-etc. “and I will make your life a living hell.”

How many others like this do they employ in the Alpine School District?

If you think your schools are safe for your children because you live in a red state, like Utah, think again: because all the public schools in all 50 states are dominated by the far-left teachers’ unions. I’m amazed this yobb got fired. I couldn’t make out the words on the video; they must’ve been pretty hot.