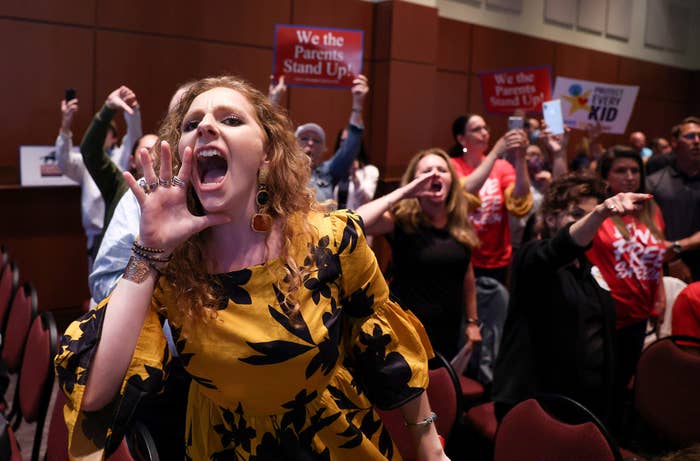 All around the country lately, members of local school boards have been resigning–mostly because, they say, the public is so mean to them! And the public meetings are getting loud, chaotic, and nasty. Who needs it?

Gee, how ungrateful can the public get? Here are all these Educators plying the public’s children with Critical Race Theory, socialism, and Transgender–and the public doesn’t like it??? Say it ain’t so, Joe!

Rather than honor the public’s wishes in any way, some school boards have taken to meeting at undisclosed locations–so the proles can’t show up and protest. Dagnabit! Don’t these peasants realize we’re changin’ the world? Why don’t they just shut up and let us do it?

The American people pay for every atom, every second, devoted to public “education.” For this they get laughed at and despised by “educators” who want to change their world for them.

This went on for years and years and years until finally The Great Pandemic, which forced millions of school-aged children to receive “remote learning” at home, revealed to parents what their children were being “taught.” And waddaya know? The parents didn’t like it! As in “Hold up, sunshine! Who the holy hell are you?”

I used to cover several local school boards in the 1970s. I remember when the New Jersey Dept. of Education, itself brand-new, sent a sweet young thing to the Matawan Board of Education to tell the members how it was gonna be from now on, with the state calling all the shots and the board just there to take the flak.What a snow job she hit them with! They hardly understood two minutes’ worth of her jargon. One of the members said, “I don’t like this! It sounds like one of those Russian five-year plans.”

The answer was simplicity itself. “Tee-hee! Tee-hee! Sometimes I forget you local people don’t speak Educationese! But don’t worry–we’ve got it all thought out.” All you plebs gotta do is rubber-stamp it!

Local school boards were supposed to represent the interests of the community they served. They were the custodians of the local school district.

But that was then, not now.

Unless you’re a stone lefty who goes along with all the garbage, your children don’t belong in public school. It’s a spiritually and intellectually toxic environment.

5 comments on “‘Public Servants,’ My Asp”