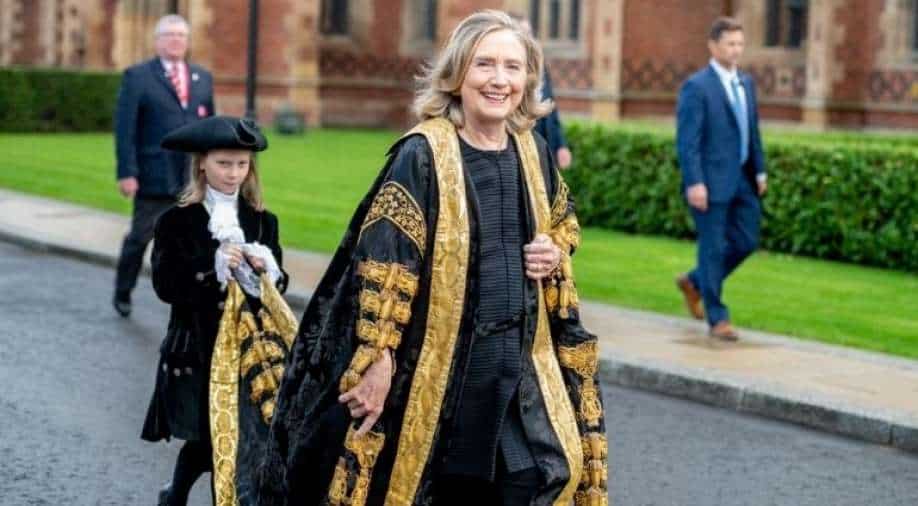 Do you find this as revolting as I do? Hillary Clinton, the most corrupt woman in the world, has been named chancellor of Queens University in Belfast, Northern Ireland.

Queens authorities say the position will be “largely ceremonial.” That means it’s a no-show job, a Democrat specialty. But she gets to wear a funky costume, with a little boy in another funky costume holding up her robe so it won’t drag. She also got booed as a “war criminal” by some of the students. We are not sure what war they’re referring to.

So it’s more kudos, and probably more money, for this woman who has never done anything worth the sound of one hand clapping. It’s so nice to be a member of the ruling class!

Well, it looks like it’s going to rain soon, so I’d better get out there and start writing. It’s called “work,” Hillary.