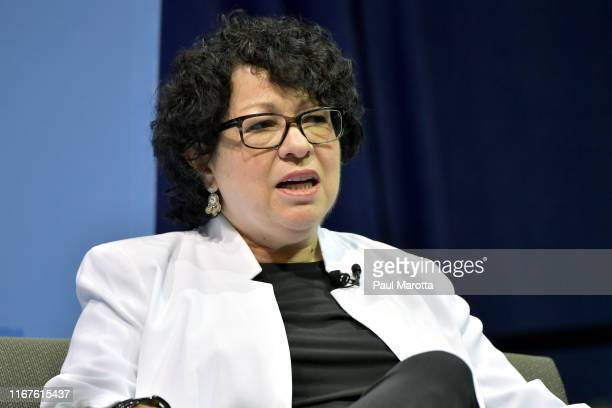 What do they learn in journalism school that they couldn’t learn from Flintstones reruns?

Here’s one you see all the time: “US Supreme Court Does This Or That.” Today, on Gateway Pundit, the flagrant example reads “US Supreme Court Declines to Block NY Vaccine Mandate for Religiously Exempt Health Care Workers” (https://www.thegatewaypundit.com/2021/12/us-supreme-court-declines-block-new-york-vaccine-mandate-religiously-exempt-health-care-workers/).

Now anyone would think, “Gee, the court did that.” Only the whole court didn’t do it. Reading on, we discover that only one justice, Sotomayor The Wise Latina, all by herself with no one else, heard the case and told the health care workers to get lost. But you read the stupid headline and it’s like the whole court said it!

Nine justices on the Supreme Court have the 50 states divvied up among themselves, and Sotomayor gets New York, all the cases originating in New York.

How is that fair? You live in New York, you need the Supreme Court to safeguard your rights–and what you get might as well be nine Sotomayors. That’s an appalling system.

And on the same page of Gateway Pundit, you have another story of “the Supreme Court Did This Or That”–this time Justice Roberts all by himself with no one else.

It strikes me that this way we don’t really have a Supreme Court. All right, maybe there are far too many cases for just nine justices and one court to hear and decide. But we’ve lived with that system for almost 200 years, and all the alternatives proposed are just awful. Shall we have ten or twenty Supreme Courts? Or keep one, but have 40 or 50 justices on it?

Like so much else, it should have been left alone.

Meanwhile, watch those headlines! They don’t always tell the story.