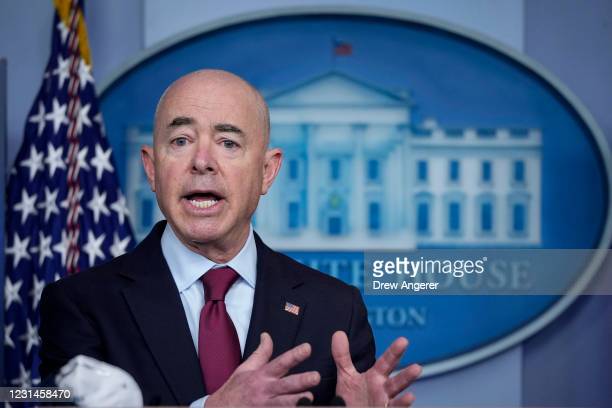 “Listen up, you terrorists! We’re watching you!”

Where did they ever find this guy, Mayorkas–a Far Left Crazy Cuban? Alejandro Mayorkas, now The Regime’s secretary of the Dept. of Homeland Security.

But we’ve got him in high office now, and he has recently released “new rules on extremism” (https://www.dhs.gov/ntas/advisory/national-terrorism-advisory-system-bulletin-february-07-2022). That’s people identified by DHS as posing a potential terrorist threat. That used to mean killing people and blowing things up.

According to the Dept. of Homeland Security, the No. 1 threat of “extremism” in America is posed by… you! Me! And anybody, absolutely anybody, who doesn’t believe that hinky 2020 election was clean as a whistle. Polls show that most Americans believe the election was tainted by fraud–and that’s putting it mildly.

Could it be more blatant than this? More crass?

Our entire ruling class needs to be replaced as soon as possible. Before they wreck our country beyond any hope of repair.

4 comments on “DHS ‘New Rules on Extremism’ Target… Most Americans”