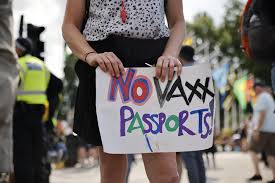 American leftids will be licking their lips for envy when they see the nice new anti-protest law passed this week by the UK’s House of Lords.

Britain’s Police Bill will restrict protests “deemed too noisy”–deemed by whom, we aren’t sure. A few harsher measures, such as a ban on “individual protests,” didn’t make it into the bill. But critics say the bill as passed is more than bad enough.

Are they going to demand that protests can only be made by sign language, or semaphore? What exactly is “too noisy”? Here in America, Democrats refuse to rein in actual riots… as long as the rioters are out there for some Far Left cause. A lot of noise gets generated by Trump rallies. Think the Dems would like to ban those?

The difference is that we have a First Amendment and Britain doesn’t. Parliament has unlimited authority. We have checks and balances. But the First Amendment has no authority if the government declines to enforce it–like they refuse to enforce our immigration laws. Those laws are on the books, but The Regime just laughs at them.

Our Constitution is only as strong as the people’s willingness to defend it.