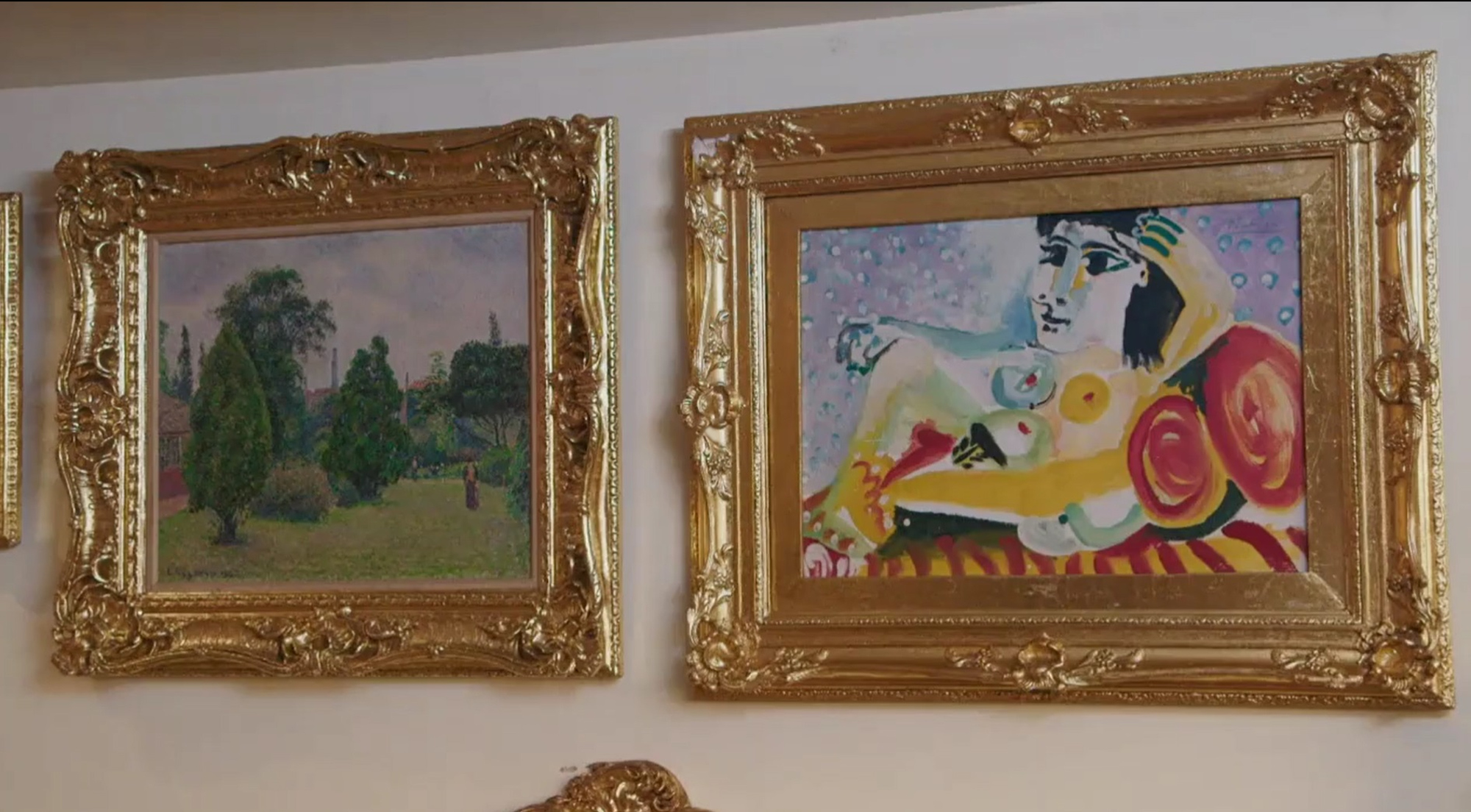 Right up there on the living room wall, above the sofa

A “long-lost masterpiece” by Picasso has turned up in Imelda Marcos’ living room (https://nypost.com/2022/05/13/missing-picasso-spotted-at-home-of-former-philippines-first-lady/). The former first lady of the Philippines for 20-some years, now the mother of the country’s newly-elected president, somehow acquired artistic property which it was not lawful for her to own.

But there it was, “Reclining Woman VI,” hangin’ on the wall, where it shouldn’t be–they were filming mother and son celebrating victory in the elections… and the “footage that aired this week with the apparent long-lost masterpiece,” for everyone who tuned in to see.

Why anyone would ever want to find a lost Picasso painting–much less hang it in one’s living room–eludes me. Different strokes, etc. Must’ve taken him all of 20 minutes to paint one of those.

So the Marcos family’s back in power, and that’s all I dare say about that. (You should talk! You’ve got Biden…)