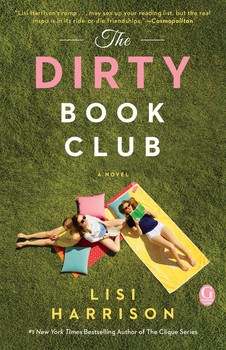 Aka your nearest public school

If the content of a book is too dirty to be broadcast on the airwaves… what’s it doing on the shelves of a public school library?

A father went to a June 30 meeting of the Florida School Board to ask why a certain book was in his son’s high school library (https://www.msn.com/en-us/news/us/another-parent-silenced-at-a-school-board-meeting/ar-AAZxFhs?ocid=msedgntp&cvid=9f91c0e40b564126b7c2604ed8423ff7). To make his point, he started reading excerpts from it… whereupon they cut off his mike and silenced him, later claiming that since the meeting was being broadcast, it would have been against state and federal law for it to be read on the airwaves.

Huh? Against the law, but OK for kids?

High school kids are especially vulnerable because they don’t realize they’re still kids. They feel like adults. Some of them look like adults. But they aren’t. Take it from me: I remember it well.

Of course, it all becomes crystal-clear once you admit the hypothesis that this whole business is purely to groom children for aberrant sex. “Educators” deny that that’s what they’re doing, but I don’t believe them.

Public education is broken, and it can’t be fixed. It means to, and can, and will harm your children and your family. The only effective solution is to remove our children from the public schools and let the Far Left Crazy teachers’ unions shrivel up and die. Homeschooling has never been more efficient or affordable than it is now. And it has surely never been more necessary.

3 comments on “Too Dirty for the Airwaves–But!”