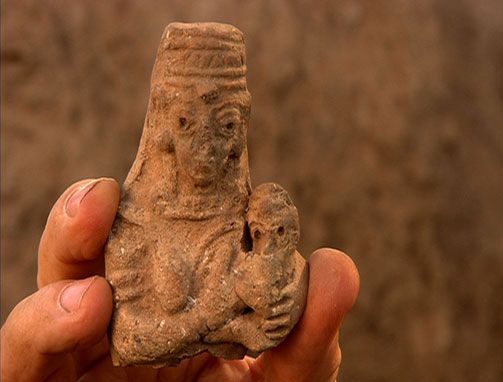 They wanted to worship… this? I mean, it’s just clay! Like Gumby…

My daily Bible reading has brought me around to Jeremiah 44, one of the most exasperating chapters in the Bible.

After all that’s happened–destruction of their city, thousands carted off as captives, king deposed and blinded, whole placed burnt down–just as God, through the prophet Jeremiah, told the people it would happen unless they changed their ways…

After all this, the ones who are left tell Jeremiah (and God!) to go jump in a lake, they’ll do as they please and just shut up already!

Sometimes I do think the most mysterious thing about God is His love for us. Really, why does He bother?