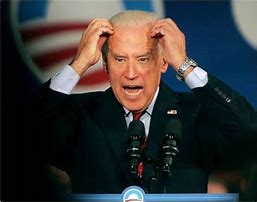 So simple, even Joe can do it

They were going to address this problem back in 2017, but somehow that didn’t quite get done. So now it’s 2020, with a presidential election looming, winner take all–and it really is time Democrats learned how to talk to Middle America and everybody else who didn’t vote for them in 2016.

Dr. Phyllis Mumbo, professor of Intersectional Marxist Feminism at Alger Hiss Online University, and a long-time consultant for the Socialists ‘R’ Us Society, is looking to round up Democrat presidential and senatorial candidates for a special conference.

“It’s vital to the Party that we all learn how to talk to those wretched people who don’t have sense enough to support our candidates,” she said. “We have to find a nice, winsome way of telling them, and making them understand, that they’re all deplorables, racists, haters, bigots, knuckle-draggers, and morons. They honestly don’t realize how bad they are!

“They have to be made to realize that they can instantly be redeemed from their habitual state of loathsomeness by the simple expedient of voting for Democrats! Even they ought to be able to see that!”

But how do you go about getting people to think you like them and respect them, when really you despise them? How do you get them to pony up for policies that they think are poison for them and for their country?

“We have to develop enough discipline so that we can pretend that we don’t hate them,” Dr. Mumbo said. “We have to understand that unless we can actually get our people elected, we can do nothing. Winning elections–that comes first! And if we have to hold our noses and cozy up to these deplorable racist voters, and say things we absolutely don’t believe but that these stupid Bible thumpers want to hear–well, then, we do it! And once we’re safely in office, we can stop doing it.”

And so, she added, “Just get into the habit of saying a few things that will fool them into thinking that you’re on their side. ‘America already is great.’ ‘I love Christmas.’ ‘White people really aren’t all that awful.’ ‘Gee, I sure would like a beer!’ Stuff like that. Practice in front of a mirror. We’ll have our conference and say those things together.”

She smiles mischievously. “And then,” she adds, “after we win the White House and the Senate… it’s payback time!”