Tag Archives: corruption in the church 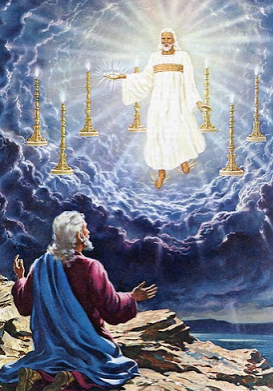 In contrast to the popular modern view of Jesus Christ, the King of kings, as a species of woose who approves of and affirms everything done by anybody, we have these two verses in Revelation, in which Christ the Lord speaks directly to His servant, John.

“But this thou [the church in Ephesus] hast, that thou hatest the deeds of the Nicolaitanes, which I also hate.” (Rev. 2:6)

“So hast thou [the church in Pergamos] also them that hold the doctrine of the Nicolaitanes, which thing I hate.” (Rev. 2:15)

Clearly, Jesus hates what the Nicolaitanes do and hates what they stand for. And He most emphatically does not approve of His churches playing footsie with them. Their doctrine, their deeds, had no place in Christian churches.

Is that beginning to sound familiar?

We don’t know exactly what the Nicolaitanes did, but some Bible scholars think they ate food sacrificed to idols and taught that it was permissible to do so, and they practiced fornication (https://www.biblestudytools.com/dictionary/nicolaitans/). Very little information about them has survived the 2,000 years intervening.

But hey! What happened to the hippie Jesus who is cool with you no matter what you do? Like, it’s okay, man, whatever you want to do… It’s hardly necessary for me to list the abominations which today’s Nicolaitanes have brought into the churches.

And it’s okay to hate that stuff! Jesus didn’t want it in His churches.

And we shouldn’t let it infect ours.