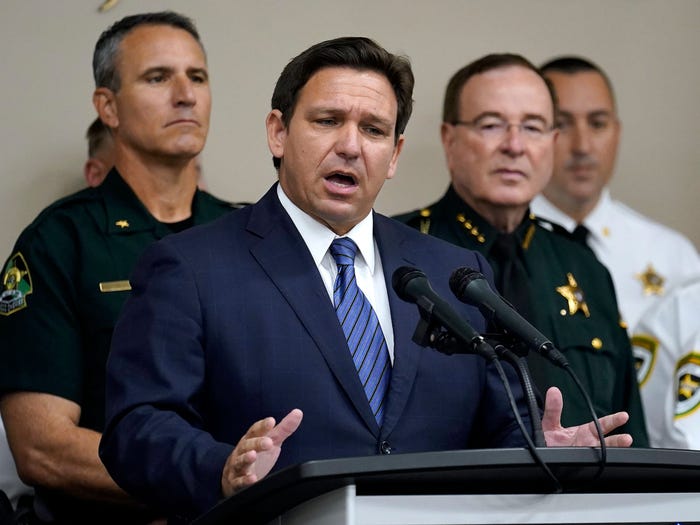 People in Democrat cities are struggling with soaring crime rates and “progressive” prosecutors who refuse to prosecute crimes; but it won’t be like that in Florida, if Gov. Ron DeSantis has his way.

DeSantis has suspended the State Attorney in Hillsborough County for refusing to enforce state laws against rioting, “sex-change” for minors, and new limits on abortion (https://freerepublic.com/focus/f-news/4083129/posts)–with sheriff’s deputies and police officers backing him up.

The serious crimes ignored by the State Attorney include attempted murder.

It used to be just a rhetorical flourish to accuse Democrats of coddling criminals. Now it’s a reality: that’s exactly what they do. This jidrool in Hillsborough County boldly announced that he would not prosecute certain crimes. So the governor suspended him. We hope it will be followed up by charges of criminal malfeasance.

Is there any doubt that Far Left Crazy is actively trying to take down America?