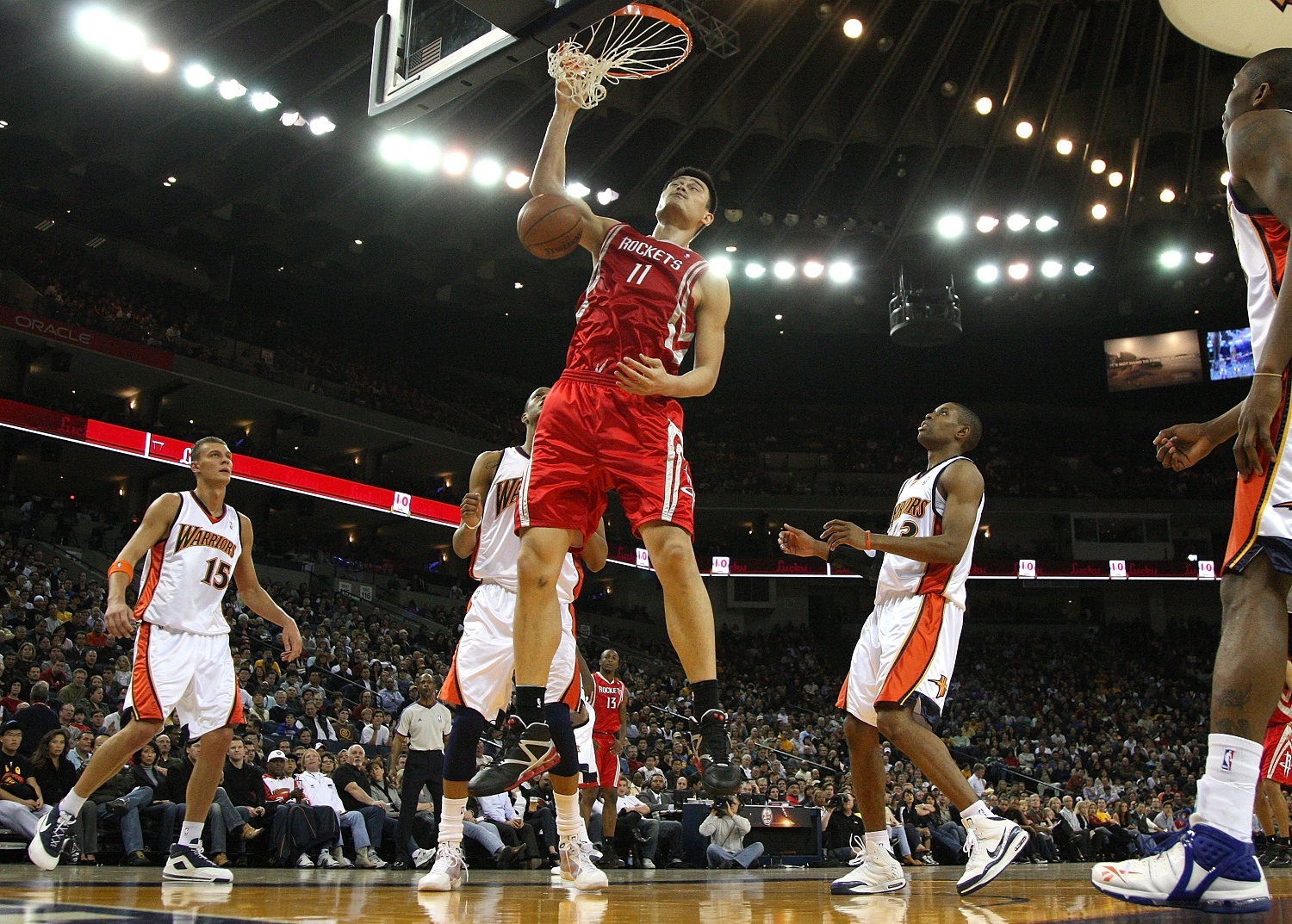 Does China own this game?

Remember, six months ago, the pro-freedom protests in Hong Kong–and how furious the Red China government got when a private citizen here in America tweeted his support for the protesters?

They’re mad at the National Basketball Assn. for failing to punish Houston Rockets General Manager Daryl Morley for saying he stood with the Hong Kong protesters (https://www.zerohedge.com/geopolitical/china-still-bitter-wants-houston-rockets-gm-properly-handled-over-hong-kong-support). At the time, the communist regime cut off all NBA television coverage, blocked NBA merchandise, and refused to be mollified when all sorts of NBA executives and stars got down on their bellies and groveled to them.

The Chinese government’s house newspaper, “The Global Times,” has suggested that normal relations between China and the NBA could be restored… if Mr. Morley were “properly handled.” That’s Red Chinese for “put to death.” They did demand that the GM be fired, but the NBA commissioner said no. It would’ve made for a nice lawsuit if he’d said yes.

Big star LeBron James has been licking the Chicoms’ boots, big-time, expounding that Morley is just “not educated on the situation”–if he were “educated,” surely he would understand that Red China has an absolute right to crush Hong Kong–and that free speech is tricky because there are “a lot of negatives that come with it.” Blah-blah. Too bad we can’t banish him to China for a while.

It’s all because of all the money the NBA could make, doing business in China: there’s gold in them thar hills. And dazzled by the prospect of getting even richer than they already are, they’ll sell out Hong Kong in a nanosecond. I think they’ll sell out anybody, including Uncle Sam.

Western greed, short-sightedness, and total lack of moral standards–these are the things that built Red China into a superpower. This is a monster we created.

Will China ever be free?

More to the point–can America stay free? For what price will we sell ourselves down the river?

But that’s just rhetoric. It’s our home-grown fat cats who are going to sell us. We won’t get anything out of it but tears.

One “smart” lamppost down

If you see a shiny new lamppost in Hong Kong, don’t expect it to guide you into Narnia. These are hi-tech “smart” lampposts–whenever a liberal or other variety of communist calls something “smart,” be very afraid of it–which the pro-freedom protesters in Hong Kong say are being used by the government to spy on them (https://www.wsj.com/articles/hong-kong-protesters-spy-a-new-enemy-lampposts-11567161002).

The government denies it. Just keepin’ track of the traffic, they say.

Hong Kong, a former British possession, was ceded back to China in the late 20th century and incorporated into the communist country as a “semi-autonomous” zone where vestiges of freedom would be allowed to persist. The catch is, semi-autonomy ends in 2047, at which time Red China will swallow up Hong Kong. But a lot of people in Hong Kong think the Chicoms won’t wait that long.

Despite government denials that the lampposts are being used to spy on people, protesters have been sawing them down, breaking them with sledge hammers, and pulling out the wiring. It seems they don’t trust their city’s puppet government which exists at the sufferance of the reds in Peking (“Bay-jing” to show-offs).

They also believe that the lampposts are being used to track them by means of “chips that are now mandatory on people’s local identification cards.” That wailing sound you hear in the background is jealous American liberals wishing they could do that here. So people in Hong Kong have learned to block the chips by using aluminum foil–“wrap your whole wallet,” popular wisdom says.

Human liberty is the gift of God; it is not natural to fallen man in a fallen world. That’s why there’s always someone, usually lots of someones, trying to wipe it out. Utopian humanist governments always wish to be as gods. They always turn out to be as devils.

Don’t let them do it to us here.