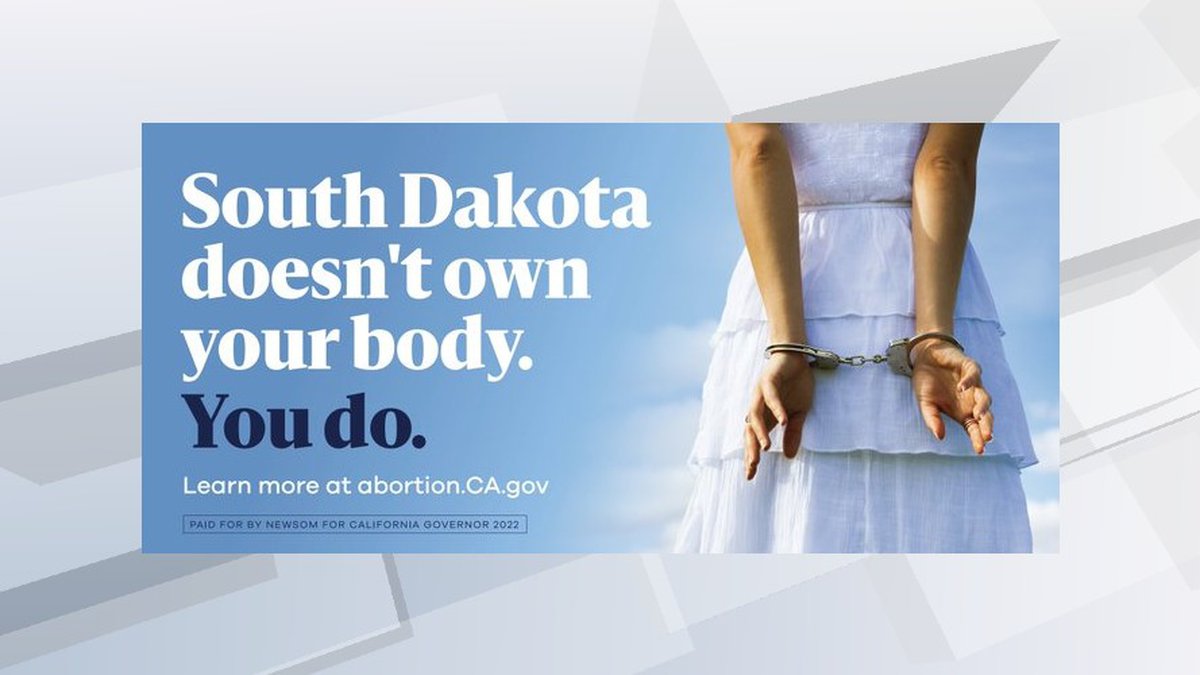 See that? It’s a billboard put up in South Dakota–by the governor of California! He’s also raised pro-abortion billboards in several other states… supposedly paying for them with his own campaign money. Honk if you like the idea of a California governor advertising his agenda in your state.

Transforming his state into an abortion mecca, Gov. Gavin Noiseome–oops: Newsom–has also declared his intention to run for president in 2024, provided SloJo’s not seeking re-election. Well, sheesh, if we can’t beat this guy, hang it up. Does he really think no one has noticed him and his playmates turning California into a third-world basket case? I mean, name one thing he’s done that anyone who’s not crazy likes.

And just to make it so much worse–

Newsom, who claims to be Catholic, asserts that the Bible (!) enjoins us to make it easy for women to get abortions. Like, that’s what Mark 12:31 means (“Love thy neighbor as thyself”). Apparently the baby waiting in the womb to be born is no one’s neighbor. If by some mischance the poor tyke makes it past the abortionist, the teachers’ unions and Disney Corp are waiting to lure the child into Transgenderworld.

Are there any “Catholic” politicians in America who don’t?