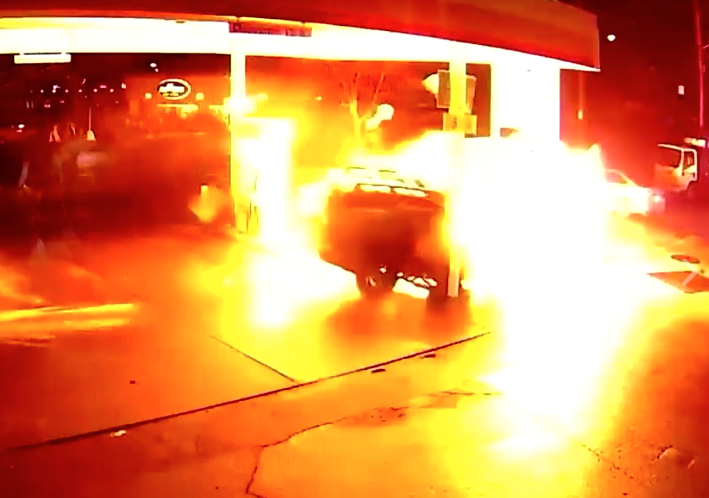 Here’s the scenario. Sheriff’s deputies in central Florida chase after a biker who supposedly used a gun to threaten other motorists. Biker runs out of gas and pulls into a service station. Deputies catch up to him while he’s pumping gas, and try to tackle him. I am not persuaded that that was a good idea.

Another deputy tries to tase the guy. While he’s got the gas nozzle in his hand. Guess what happens when he does that (https://freerepublic.com/focus/f-chat/4064822/posts).

You guessed it. Kaboom! Biker and two deputies “engulfed” by resulting fireball. By some miracle they weren’t killed; but the biker’s still in the hospital three months later.

Are people getting stupider, or what? I mean, you fire a taser at someone who’s pumping gas, waddaya think is gonna happen? Lucky the whole station didn’t go up in flames.

Where do you go to hide from stupidity?