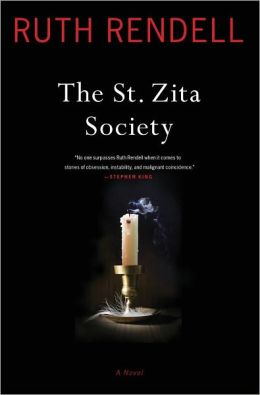 Just how degraded is our culture?

I’ve just read a 2012 novel by the late Ruth Rendell, The St. Zita Society, which reinforces my conviction that the Western world is in serious trouble. Its culture has become toxic.

Rendell for decades wrote about weirdos and their twisted lives, and won every mystery writers’ award you can think of. As if that weren’t recognition enough, she was also promoted to the House of Lords. She was not a person to dismiss lightly.

St. Zita is about life in an upscale London neighborhood, the lives of rich folks and their servants–sort of an Upstairs, Downstairs presentation. As often happens when I read a Rendell novel, I wound up asking myself, “Why am I reading this? These characters are horrible!” To which my wife always replies, “You can’t blame Ruth Rendell for that. She’s just showing you a photograph.”

Okay, the doctor and the Muslim nursemaid are nice people; but aside from them, this Hexam Place is a valley of lost souls. When the Lord demanded of Ezekiel, “Can these bones live,” the same question might have been asked of this bunch of walking dead in London.

Here are the characteristics shared by the servants and their employers, with a few exceptions not enough to matter.

They are interested in other people only to the extent of how they can make use of them.

At all times, their chief concern is how to obtain some sort of gratification, usually sexual, as soon as possible.

The only sin they seem to recognize as sin is to say anything which might violate political correctness. Otherwise, they are devoid of any moral standard. A thief or a murderer will be less despised by them than a person guilty of “homophobia”–a sin which did not exist when Rendell began her career as a writer.

They show no awareness of or interest in anything beyond the immediate here and now.

To make sexual libertinism the centerpiece of life is a modern experiment enthusiastically pursued in all the Western countries. Those who pursue it are spiritually dead.

“Can these bones live?”

To which Ezekiel replied, “Lord, thou knowest.”

I doubt anyone else knows the answer to that question.

But if they do come back to life, it will have to be God’s doing. Not ours.

6 comments on “The Lost Souls of London”