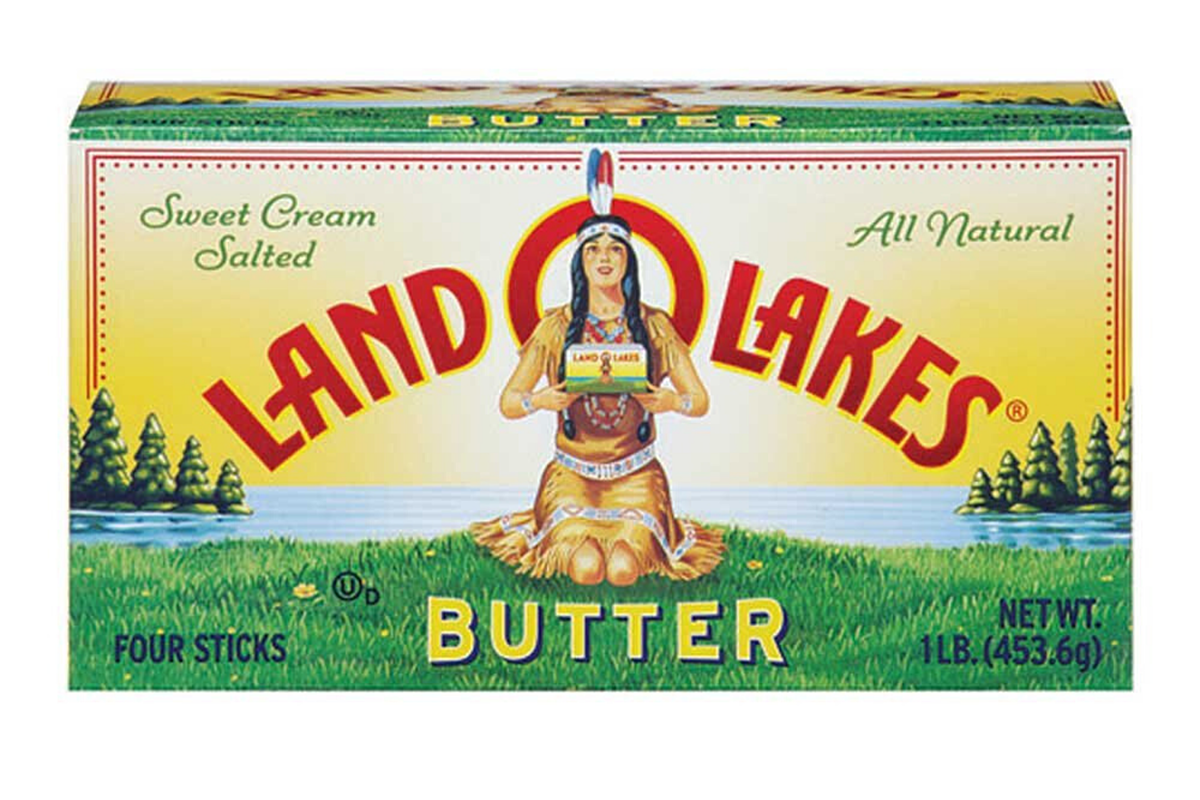 “Mia the Butter Maiden” has graced the boxes of Land O’ Lakes Butter since 1928, almost a hundred years. But enjoy this image while we’ve got it, because it has just been censored to oblivion.

If that image bothered you that much, you probably need a psychiatrist.

But this is not the only now-forbidden packaging. For many years, Bigelow’s “Plantation Mint” tea (with real spearmint!) has been my favorite tea, set aside for enjoyment on the weekends. Here, take a look at the box while you still can. 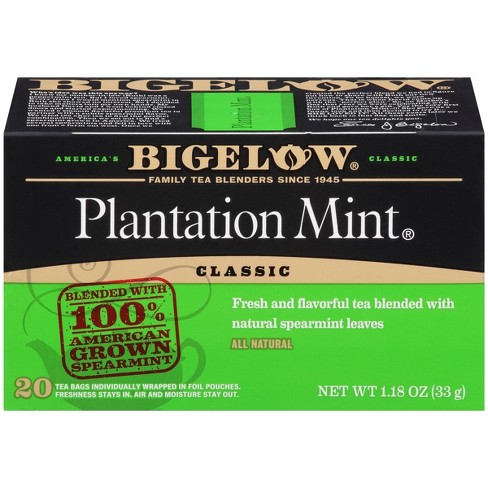 Because now it’s gonna be “Perfectly Mint.” This, says the company, “better reflects the perfect blend of American grown mint and tea.” Honk if you believe that.

You can’t say “plantation” anymore because of slavery, because even just seeing the word will trigger the most abject misery imaginable. We’re going to need more psychiatrists.

Really! Are people’s lives so cushy, so uneventful, that they go to pieces over trivia? Are we so lacking in real problems, that these ridiculous problems will just have to do? There is no more slavery (although there are still tea plantations). Well, okay, there’s still slavery throughout the Third World, but whose fault is that? And try as I might, I just can’t see how the innocent little Butter Maiden promotes sex trafficking.

Are we ever going to learn to ignore Social Justice crybabies? 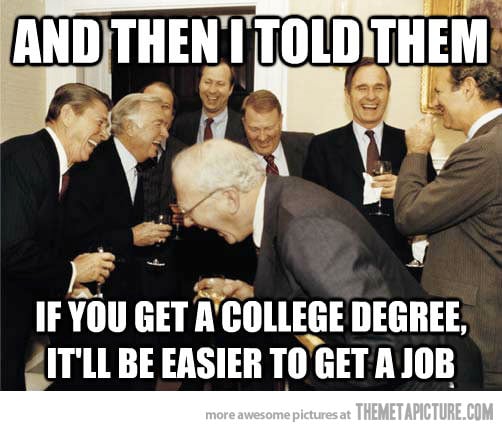 Check out this latest howler from Colorado State. According to the, er, school’s “Inclusive Language Guide,” you can’t say “America” (or “Americans”) anymore because the word is “not inclusive” (http://www.truthinourtime.com/forum/showthread.php?t=103025). And if you can swallow that, they’ve got a bigger one: “This is not about political correctness”! Really?

See, if you say “America,” you are “eras[ing] other cultures and depict[ing] the United States as the dominant American country.”

Who knew? Once upon a time, children were told that every time you say “I don’t believe in fairies,” another fairy dies. But this is much, much worse. “Holy mackerel! I just erased Mexico’s whole culture!”

Somebody needs to explain to these chowderheads that every word is “not inclusive” to some degree or other. If words were not exclusive, if every word had to “include” any and every meaning you could possibly think of, then language itself would be useless as a means of communication.

But then Colorado State itself seems pretty useless now.

Hey, y’know that song you’re not allowed to sing or listen to? Yeah–Baby, It’s Cold Outside. The one the leftids have been protesting like their alleged lives depended on it.

We’ve just learned that this 1944 seasonal ditty, in its 1959 rendition by Dean Martin, has hit the Top Ten in the digital sales charts (http://fortune.com/2018/12/19/baby-its-cold-outside-top-10-digital-sales/). Since the “protests” started, its sales have gone up 70 percent.

My only question is: If Political Correctness, Far Left Killjoy crap is as unpopular with the American people as it certainly seems to be… why do they keep shoving it into our faces?

Who would have ever expected this lightweight pop song to get the Great Pushback started? But we know from 1 Corinthians 1 that God just loves to use little unimportant things to knock down Big Important Stuff. 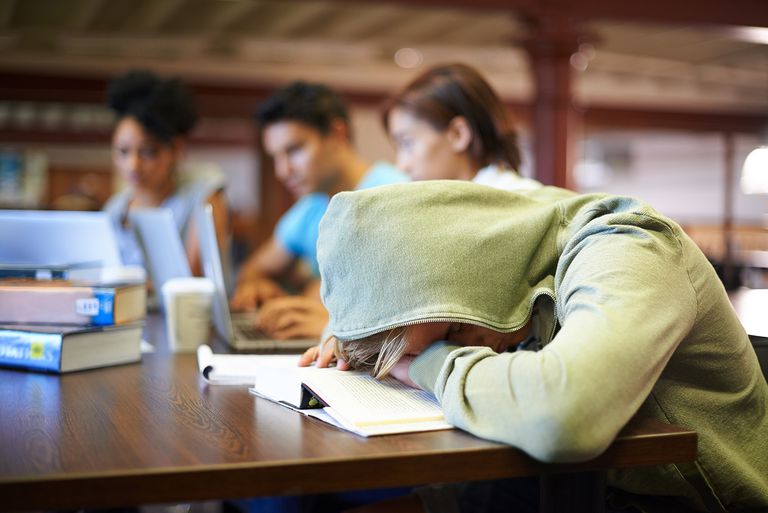 Posting this on Monday for publication today, while we rattle around in New Jersey Traffic, looking for the cunningly concealed doctor’s office. So as I write this, I don’t know what the results of the election will be.

But you don’t need a crystal ball to see what kind of world the Democrats mean to engineer for us. Here is one of its many tedious aspects:

Just remember, if it turned out badly yesterday: we had the chance to crush the Political Correctness party, and we didn’t do it.

Almost everybody in America, regardless of race or sex, age  or national origin, whatever, hates Political Correctness and thinks it’s a problem for America. Only the skimpy 8% who identify themselves as “progressives” like it. This is according to a recent survey by “More in Common” (https://reason.com/blog/2018/10/11/political-correctness-americans-vote-maj).

The 92% of us who are not Far Left Crazy constitute, in the words of the survey, “an exhausted majority.” That’s a pretty good label: we are exhausted. We can hardly bear to hear another word from the perpetually yammering “progressives: in the words of the survey, “a tiny minority of far-left Americans.” As citizens of the world, they probably find that word “Americans” insulting. Time for a tantrum.

So the question is, and the survey didn’t ask it, if only 8% of the people like Political Correctness, why are the rest of us served great fat heaping bowlfuls of it, day after day? At our schools and colleges and looniversities, TV and movie studios, why the devil is PC the only damned thing on the menu?

All they want is for your mind to be right.

Are you as sick of this neo-Maoist, “My mind is right, boss!” crap as I am?

Our friend Bob Knight has a column this week in The Washington Times (https://www.washingtontimes.com/news/2018/aug/5/public-scapegoating-about-tweets-and-emails-of-yor/) which, among other outrages to sanity and common sense, informs us that the Washington Nationals’ shortstop must meet with Major League Baseball’s “vice president for social responsibility and inclusion.”

See, it has been revealed that this 25-year-old athlete made some enemy-of-the-people tweets when he was a teenager, and now he has to apologize to assorted “communities” of Precious Cherished Minorities and meet with the Lord High Jidrool of Baseball to “determine appropriate sensitivity training.” Sweatbox, lobotomy, self-criticism sessions–whatever floats their boat.

Just once, just once, I wish somebody accused of voicing “hate” umpteen years ago would reply, “To all of you who may have been offended by something I tweeted when I was 17 years old… eat me!”

Once upon a time I was a walking encyclopedia of baseball. How I loved it! But then they merged the leagues, American and National, to kill the competition, adulterated the product, and have now seasoned the already unpalatable mess with heaping spoonfuls of Political Correctness. So I have learned to live without baseball.

One of these days I’d like to live without Political Correctness.

While here in America spoiled millionaire football players show their disrespect for the country by kneeling instead of standing for the National Anthem, up in Canada they’ve seen our knee and raised us a P.C. blather–as the Canadian Senate has voted to change their national anthem, “O, Canada,” to make it… “gender neutral” (https://www.msn.com/en-us/news/politics/canada-votes-to-change-lyrics-of-national-anthem-to-make-it-gender-neutral/ar-BBIzzpO).

Yes, they will pluck out that horrible offensive heteronormative Hate line, “in all thy sons command,” and replace it with “in all of us command,” because Gays and Trannies can’t procreate so the very word “sons” is Hateful and Excluding and Not Affirming–“Blather Bingo! Bingo!”

Conservatives in the Senate fought this tooth and nail for 18 months, but the Liberals shut down debate last week and rammed it through.

Would you believe there are “activists” who say they’ve been toiling for 30 years to get this done? Now for them the challenge is to find some new thing to complain about.

Ironically, the song as originally written in 1908 said “doest all of us command,” but I guess that was a little hard to sing, so they changed it.

No less a leftid icon than Margaret Atwood, who wrote The Hand-Made’s Tail, hailed this change in the anthem as just off-the-charts great.

Prediction: Very soon they will be demanding more changes because “O, Canada” is still not Inclusive enough. Just for starters, it excludes non-Canadians. Dude, how can you have a national anthem that, like, excludes most of the whole world? It also presupposes some kind of “patriot love,” a concept which eats away at liberals’ innards like a belt of battery acid. Every leftid knows that real bona fide genuine patriotism, a la John Kerry or Hillary Clinton, means to loathe and detest your country and root for its enemies.

So the activists won’t have to get lives, after all. They’ll just go on to the next Cause.

Disregard, if you can, the fact that all leftism is fantasy, and imagine the soul-destroying tedium of trying to adapt it to fiction…

How to Write a Politically Correct Fantasy

I’ve been invited to review a new young readers’ fantasy novel which I’m not going to read because I’m afraid it will make my brain fall out. I won’t name the title or the author because I don’t wish to hurt anyone’s feelings; but I feel I ought to comment on this book as a cultural barometer.

The story is all about a “diverse” group of teens saddled with various handicaps and representing various ethno-cultural groups–because, as you know, there’s no such thing anymore as “Americans.” The group includes kids who are deaf, blind, “overweight” (I think that means “fat”), lazy, wheelchair-bound, “angry,” and “a chronic loner”–think of Seven Miserable Dwarfs, without Snow White. Anyhow, they all go off to some other world where they all become “warriors”–because, as you know, anyone can literally become anything he wants to be. Does that mean I have a chance to play center for the Lakers?

I do not wish to find out more about this. When a liberal says someone is a “warrior,” they usually mean “a social justice warrior,” which is a euphemism for a particularly annoying malcontent.

I insist that there is a difference between fantasy and twaddle; and if not, there ought to be.

The author is a middle school teacher who has become an expert on such riveting topics as “Going beyond tolerance: How to teach kids to be inclusive” and “The importance of diversity in writing for teens.” By “diversity,” liberals mean a rigid uniformity of thought. We do all know that by now, don’t we?

Is it humane to subject children to such a grueling regimen of Political Correctness? You wouldn’t be allowed to do it to a dog. I mean, okay, sure, we want to be nice to everybody, especially to children. Our God and King expects it of us. But being nice should not entail filling their heads with tiresome poppycock.

This literary enterprise reeks of unearned self-esteem, which is one thing our culture can easily do without. Individual human beings are valuable in and of themselves, in or out of a wheelchair. They derive this value not owing to their membership in this or that cherished minority group, but simply because they are persons created by God in His image.

Anything else is just a lot of bunk.

At James Madison University, named for the author of the First Amendment–you could just die laughing, couldn’t you?–student advisers have been given a guidebook listing 35 things you’re not allowed to say anymore, for fear of creating a collidge environment that is something less than “safe and inclusive,” whatever the hell that means ( http://www.thecollegefix.com/post/29307/ ). I say “hell” because a lot of this PC crapola seems tailor-made for Satan’s realm.

Among the forbidden phrases are “I never owned slaves”–yeah, there’s some evil white person trying to get a pass just because he was born 150 years after slavery was abolished: but we’re on to him!–and “We’re all part of the human race.” *Sigh* But remember, collidge students must be at all times free from ever hearing or seeing anything that might upset them.

This is another thing we don’t want anymore.

Fact: America has way too many colleges and universities, way too many jerks and chowderheads teaching in them, way too much money flowing into them, and way too many persons attending them and “learning” totally useless subjects and worse than useless habits of thought.