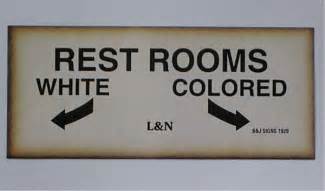 It takes liberals to give a bad name to “justice.” Normally I prefer not even to mention dreck like this on a Sunday, but several people have called my attention to it, so I might as well.

Students–that is, idiots–at the University of Michigan have demanded some kind of “no whites allowed” space for non-whites only “to organize”–sheesh, how Old Left can you get?–and “do social justice work” ( http://www.thecollegefix.com/post/31322/ ). In the words of the head jidrool of Students4Justice (oh, please), “We want a space solely dedicated to community organizing and social justice work specifically for people of color.”

Okay, somebody tell me–how is this moron not a racist? Hey, Sunshine! They used to have lots of space set aside for “people of color” only. It was called segregation–and now you want it back? I mean, have you thought this thing through?

Nah. They’re liberals. They never think anything through.

Again, again I say: America today has too many colleges and universities, they’re too big, there’s way too much money spent on them, way too many left-wing schmuck professors spewing propaganda and in line for lavish pensions, and way too many not-very-bright young people sitting in classrooms “learning” drivel when they should be out there working.

Cut the funding. Cut and cut and cut until the bull**** stops.

6 comments on “Now They Want Segregation”