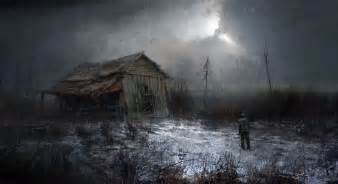 So here’s another movie that I do not plan to see, based on a best-selling book that I would, at all costs, avoid reading: The Shack, by William Young.

Steve Brown, of Key Life Ministries, to whom I listened on the radio for some years, was wild about the book when it came out. I never understood that–and neither, he admitted, did most of the other people in his audience. Steve is a rather conservative guy. I interviewed him once; and when someone picked up the phone and said “Key Life Ministries,” I asked the stupidest question I ever asked in my life: “Hello, could I speak to Steve Brown, please?” Steve has a deep, deep, sonorous, down-home voice, impossible to mistake for anyone else’s: impossible, but I did it anyway. As if there could be two voices like that! My only defense is that I never expected the president of the ministry to answer the phone. But I digress.

The Shack preaches universalism: the doctrine that anybody and everybody goes to heaven no matter what they believe. Why, then, be a Christian, if worshiping a ham sandwich will get you there just as well?

So… the protagonist has had some serious agony in his life, and he needs answers. He wanders around until he finds this shack; and in the shack, just hanging out, he finds what Mr. Young is pleased to tell us is the Holy Trinity.

God the Father, Yahweh, the Great I AM–well, that’s a black woman. This has to be liberal para-Christianity’s oldest cliche. I’ll bet there were cave men who were bored to death by it. So give Mr. Young an F- for originality. The Holy Spirit is a prattling Asian woman, and God the Son, Jesus Christ Our Lord, the King of Kings–well, he’s just this laid-back, chilled-out, loosey-goosey Middle Eastern Guy. And the message is, Everybody gets saved.

What Bible did Mr. Young get that out of?

For whatever my opinion may be worth, this seems like a very serious sin: trying to use God to bear false witness against His own enscriptured Word. The Shack can’t be right unless the Bible is wrong about virtually everything. And that, in a nutshell, is what liberal para-Christianity is all about. You can’t believe the message of The Shack unless you disbelieve the Bible.

Give The Shack another F- for theology.

If you have to choose between seeing this movie and watching the grass grow, go for the grass.