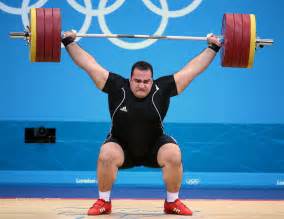 In another installment of PC liberal crapola’s war on reality, a 39-year-old man has won the women’s Australian International weight-lifting tournament ( http://www.mrctv.org/blog/liberal-logic-guy-just-dominated-womens-weightlifting-equality ).

This is not a woman but a man who says he’s a woman. “Same as! Same as!” howl the libs. And note the way the slavish nooze media uses female pronouns for this man–who, by the way, used to compete in men’s weight-lifting tournaments.

Male and female created He them–Genesis 1:27. Libs ‘n’ progs, who want to sit themselves in God’s chair, have a real problem with that. Liars, and servants of the Father of Lies, they deny there’s any such thing as truth. And are trying to build a world on the absence of truth.

But there already is a world like that. It’s called Hell.