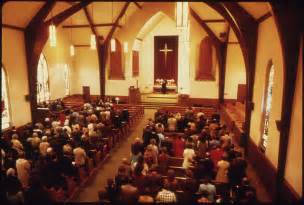 Europe’s neglected churches are being filled again–by new Christians who have converted out of Islam, according to a recent report by Fox News ( http://www.foxnews.com/world/2017/03/21/muslim-converts-breathe-new-life-into-europe-s-struggling-christian-churches.html ).

This is exceedingly good news–but is it true? You know Muslim authorities aren’t going to talk about it: ditto secular humanist noozies who are embarrassed by religion in general and Christianity in particular.

In recent years organizations like Voice of the Martyrs have reported more and more conversions to Christianity inside Muslim countries, where to do so usually means persecution or even death. Anyone who leaves Islam is considered fair game to be killed.

Nevertheless, they leave. And in what numbers, and for how long, and with what effect–well, who knows?

So is it true? Behind all the grim stories of rape and violence, does the Muslim invasion of the West have a key element that hardly anyone has noticed? Is God using this to advance the Kingdom of Our Lord Jesus Christ?

And if the stories are true, our family in Christ is getting bigger–and we have some fatted calves to kill.