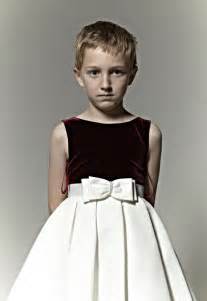 Up in Canada, the Niagara Catholic School District–please note the Catholic part–had to cancel the performance of a play that seems to want to rush 5-year-olds into transgenderism (http://www.foxnews.com/opinion/2017/05/07/catholic-school-hit-for-canceling-lgbt-play-for-5-year-olds.html ). The play was to be put on in the schools, but the district canceled it after one performance.

School officials said the content of the play was something other than what they had been led to expect. But, gee, the title should’ve been a tell: Boys, Girls, and Other Mythological Creatures. The fact that the project was sponsored by a “gay” group should’ve been another tip-off.

Yeah, folks–just send your 5-year-olds off to school for a good feeding on sexual chaos, here brought to you by the notoriously sodomite-friendly Ontario Ministry of Education. I mean, you know where those people are coming from!

The sponsors of the play blamed the cancellation on “transphobia, homophobia, and misogyny.” If you want to shield your children from these predators, you must be a Biggit and a Hater.

I didn’t want to report on anything like this today, but there it is.

7 comments on “Is Any School Safe for Your Kids?”