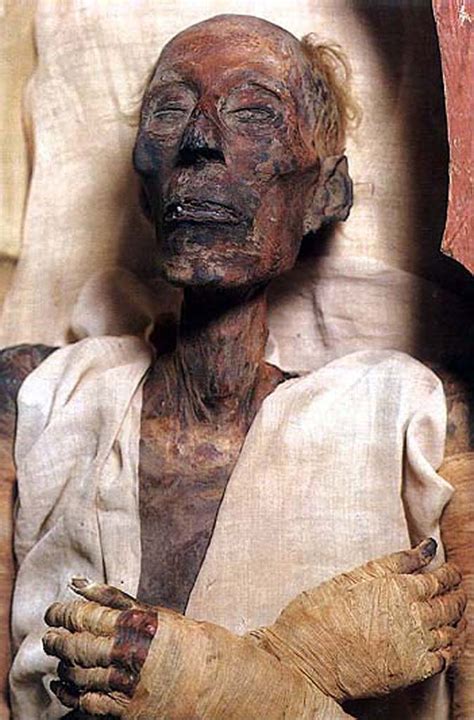 On more than one occasion, I’ve been insulted by liberals on account of my age. As in, “You still don’t get it, do you, grandpa?” as a clever way of putting down to creeping senility my opposition to one or the other of their creepy social engineering projects. If I were only young and vibrant–and ignorant–I would naturally embrace the wisdom of socialism, gender-bending, or whatever.

I saw a movie last night in which a man, the victim of a reputation-destroying lie, was described even by his loving family as “old” and all but ready for the glue factory–at 68! Like, someone that old, it’s not even worthwhile to rescue his good name: he might pop off 15 minutes later. And the actor who played him looked only a little livelier than the mummy of Ramesses II (pictured above).

Oh, you mean “68 years young“! Is there a smarmier or more condescending expression in any language in the world? And meanwhile, how did the word “older” come to mean “less old”? How is that a euphemism for “old”?

If you’re 68 instead of 38, it means you can remember better times and better people than a 38-year-old will ever know–although he’s in better shape than a 28-year-old, and much better off than an 18-year-old. It means you have seen better ways of doing things than are done now, and you know what they look like and remember how to do them. It means you know, for a fact, that we don’t have to live like sock puppets. You’ve even seen some worse things, and you know what should be avoided.

A doctor said to me, a year or so ago, “You ride your bike no-handed. What more do you want?” I rest my case.