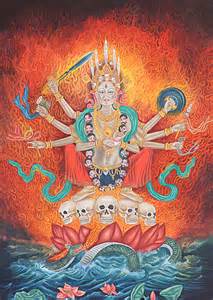 Need some help understanding the mysteries of nature? Turn to Hollywood!

Actress Jennifer Lawrence–honestly, I never heard of her until now–says Hurricane Irma is a manifestation of Mother Nature’s “rage and wrath” against Trump voters for not believing in Man-Made Climbit Change (https://www.newsbusters.org/blogs/nb/kristine-marsh/2017/09/07/jennifer-lawrence-mother-natures-rage-directed-us-because-trump).

So I guess that if we’d elected Hillary (heaven forbid), there wouldn’t have been a hurricane–right? Ms. Lawrence, by the way, calls Hillary Clinton “an inspiration.” I would rather not see the mental landscape she inhabits.

So evidently there’s this entity called Mother Nature that takes sides in American politics–that sides with the leftids, in fact–and punishes ordrinary dum peple for not believing what liberals say and not obeying them.

Gee, Mother Nature–aren’t you going to wack a lot of people who fervently believe in Man-Made Climbit Change, who voted for Hillary, and only buy Ben & Jerry’s ice cream? I mean, that’s not very fair, is it?

Oh! What’s that you say? Sacrifices? You want sacrifices?

Now, if anyone had suggested that God, the real God, had sent the hurricane to let people know He wasn’t pleased with them, all these Hollywood jidrools would have a fit. They’d want you jailed for hate speech.

These poor saps. They call us names all day, they spit on whatever we consider holy, and then they can’t understand why we reject their leadership.

Wait’ll we start rejecting their movies, too.