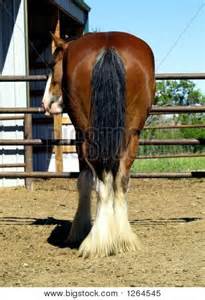 Tell me again: you sent your kid to this university because________? You wanted to make sure he or she grew up to be an idiot?

In the race for the bottom, the University of Illinois has lunged ahead with some published blather by “an admired scholar” claiming that teaching and learning mathematics “perpetuates white privilege” (http://www.foxnews.com/us/2017/10/24/white-privilege-bolstered-by-teaching-math-university-professor-says.html).

I cannot explain why white people do not seem to have gotten tired of hearing stuff like this, nor why they send their children to college, at great cost, to hear more of it.

“On many levels,” prates the jackass, “mathematics operates as whiteness.” What crap. But I suppose getting things right is somehow racist, nowadays.

Way back in the 1950s I learned–in a public school, no less!–that you can’t have a civilization if you can’t do math. “Gol-ding it, the freakin’ pyramid fell down again!” “Oh, no! We’ve run out of supplies halfway through the winter!” We learned about Hindu-Arabic numerals, which sort of implies that Hindus and Arabs knew math, too. Somehow we managed to learn that there were other civilizations outside of Europe that probably were able to do a bit more than just count on their fingers and toes.

But now getting the right answer to a math problem is “whiteness.”

Hey, sunshine! Why don’t you find some place where they don’t do math and there are no white people around to blame for everything, and go live there? No one will care if they can’t solve a quadratic equation. No one will even notice.

Meanwhile… hey, parents! I hope you like what college is giving you for your money. You’re paying enough for it.