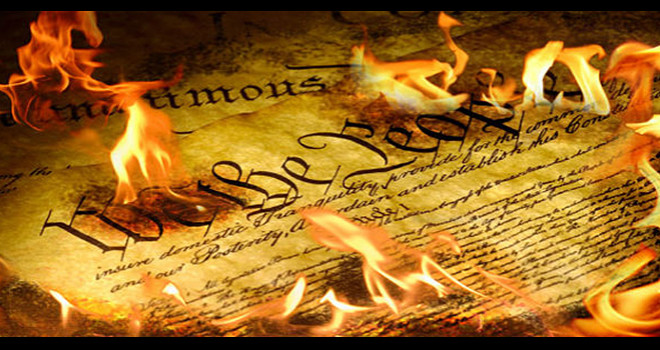 According to the Declaration of Independence, we are endowed by our Creator with inalienable rights. That means our rights come from God and may not be taken away by man.

This idea has never been very popular with ruling classes anywhere.

In the discussion leading up to the Supreme Court’s hearing of Masterpiece Cakeshop v. Colorado Human Rights Commission, in which the government claims the power to dictate the content of works of art, a wicked and pernicious idea has been seeping in from Canada–the notion that the government is here “to balance rights.”

What does that mean? Well, say its proponents, very often, the rights of two or more groups–and right there they’re slipping it in that groups have rights, as opposed to individuals: a highly dubious point–may conflict; and when they do, it’s up to the government to decide which group’s rights must prevail.

Ta-dah! Presto! As if by magic, our rights are removed from our Creator’s province and have suddenly become very alienable indeed, with the government deciding from day to day, case to case, who has what rights at any given moment. First they swallow up individual rights in amorphous rights possessed by groups which may or may not be real–but all individuals are real–and then they demonstrate that the rights you had yesterday, you might not have today: it all depends on what the government decides, as it “balances” your rights against someone else’s. Governments do love to decide who wins and who loses.

Understanding the inherent evil of governments, a natural consequence of Original Sin, our country’s founders–uniquely!–did everything they could to limit the power of the government and hem it in with laws, checks, and  balances.

Their vision has never been popular with ruling classes anywhere.

So now the United States Supreme Court is girding up its loins to say, “Well, sure, you have religious freedom, you have artistic freedom–except when gays feel offended by your freedom, in which case you don’t have it anymore.”

Pray hard, and entreat the Lord to save our country.

5 comments on “How They Take Away Our Rights”