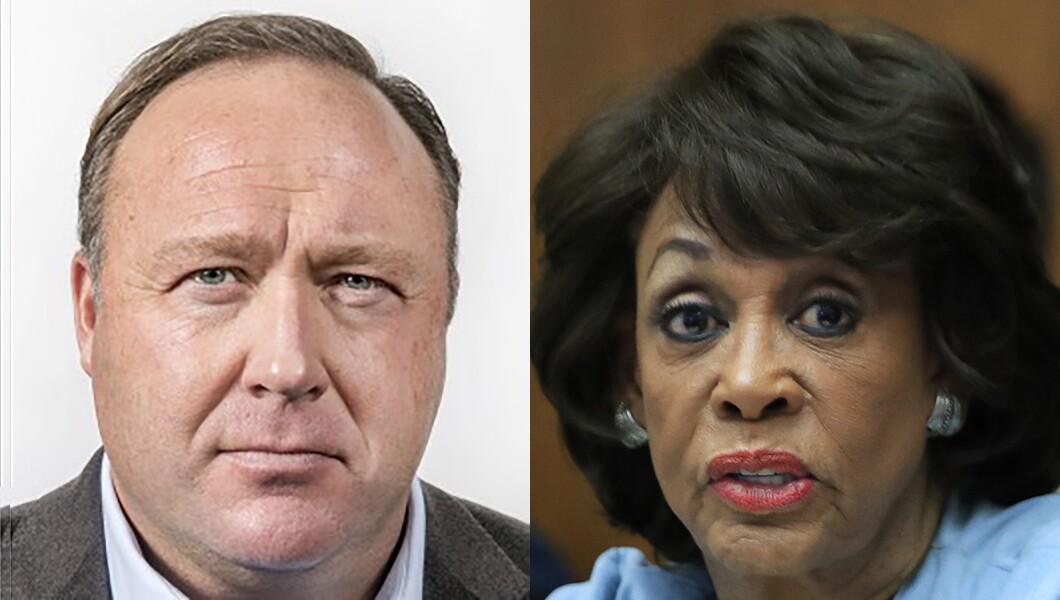 Facebook stock is tanking, losing billions of dollars–and they still don’t have a clue. For instance:

Cable talk show host Alex Jones has been banned for 30 days for “violating Facebook’s Community Standards” against “bullying” (defined as physical intimidation) and “hate speech” (any speech less than supportive of liberals’ pet social re-engineering projects). We are not told what, exactly, Jones said or did that constituted these supposed violations. They don’t even bother to try to describe whatever his offenses were. “Hey, we’re Facebook, take our word for it!”

But their word isn’t good enough.

Meanwhile, rogue Congresswoman Maxine Waters is out there urging people to mob members of the government–uh, that would be physical intimidation, wouldn’t it?–if they dare appear anywhere in public. She wants people to be “out in the streets screaming… Do something. Make something happen.” What do Democrats call that–love speech?

Personally, I’m not a member of the government, not anybody who’d be recognized in public–but I am convinced it would be virtually suicidal on my part to try to walk past any crowd being addressed by Maxine Waters.

And I don’t appreciate it.

And I will vote for anyone who promises, believably, to make it stop.