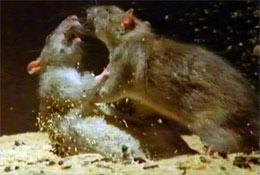 As a reporter, I used to cover a township in which the Republican Party, for all practical purposes, did not exist. But it didn’t matter. The township’s Democrats had split into two rival factions that made anything that went on before it look like a love-in.

It’s possible we may see that, in the not too distant future, on the national scene.

On one hand you’ve got the Far Left Crazy crowd, spawned by that old serpent, Bernie Sanders–out-and-out socialist. Indeed, the long psychotic episode that is liberalism has brought this crowd into an embrace of preposterous and suicidal policies–“open borders” and “transgender,” to name just two. Knowing no civics at all, they think their capture of a majority (not a very big majority) in the House of Representatives will empower them to do all sorts of things–erase the borders, repeal the tax cuts, bring back Obamacare in all its glory, impeach the president, vice president, and anybody else who gets in their way–which the Republican Senate can effortlessly stop them from doing.

Unable to get their way, their frustration will reach the point where it must erupt. And before it blows, they’re going to aim it at somebody.

On the other hand you’ve got the older, Nancy Pelosi, Mask of Sanity Democrats, wedded to the slow, incremental transformation of America into a socialist hellhole. Don’t laugh–incrementalism has gotten them very far. They’ve learned that the best way to go about their business is to painstakingly bamboozle the American people. And in the meantime, the legislation they can’t pass… wait for some Democrat judge to rule it into “law.”

The problem with this is, it takes time: and meanwhile, Donald Trump is appointing federal judges and the Senate is confirming them. This drives the younger rats crazy. They burn to attack with teeth and claws–but the Mask of Sanity faction is in their way.

Look for the thing to blow sky-high in 2020, when the Far Left Crazy has some Open Borders wacko to nominate for president–with a transgender running mate–and the Mask of Sanity cabal sinks him or her or xer with some dirty tricks so they can run Hillary Clinton, Joe Biden, or some other living fossil.

Gonna be some major fun when that happens!