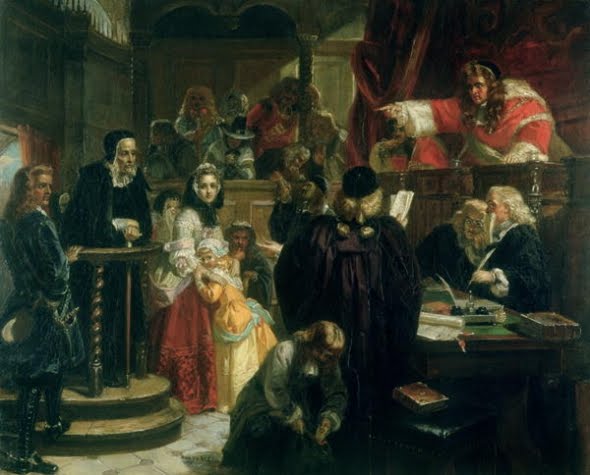 The Left has harsh words for everyone who isn’t them. The rest of us are racists, haters, biggits, white supremacists. All men are guilty of sexual harassment. We’re anti-science (gasp!), climate change deniers. We’re trying to impose a theocracy. Even the smallest dissent from their position is a hate crime. And so on.

Why do they do this? I mean, okay, sure, it’s projection–they’re consumed with hate, so they call us haters. I get that. But there’s more to it than just projection.

Because if we’re all guilty, that entitles them to lord it over us. Because they’re righteous. Because it makes them better than us. It is at the root of their core belief that they have a right to rule us as they see fit. And it’s why they get so deliriously angry whenever we reject any of their de luxe fun pack of socialism, open borders, carbon taxes, transgender, abortion, speech codes, censorship, and all the rest of it. How can we be so ungrateful, so mean, as to spurn their utopian projects? How can we be so perverse as to block their construction of an earthly paradise? Don’t we understand that they’re The Smartest People On The Planet?

They cover up their deep self-hatred by hating everybody else. They seek to cure themselves by promoting themselves to gods. Having rejected the true God, they hunt for a replacement in the mirror: doesn’t take them long to find it.

Leftism is incurable by ordinary means, and certainly by the means that they adopt. They can never fill the hole. As soon as they got “gay marriage,” they shifted right into “transgender.” If they get that, they’ll go on to something else. They will never get enough. They will never be appeased. The gaping void within their souls will gape forever.

Because only Jesus Christ can fill it, and Him they reject.

Pray for them to receive the sovereign grace of God–and never stop working to defeat them.

4 comments on “They Need Us to be Guilty”