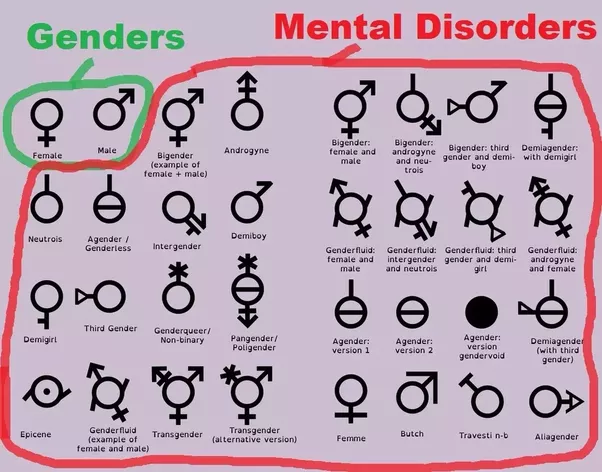 In the last year of the tragicomedy that was the Obama administration, the U.S. Dept. of Labor pissed away several million dollars in public funds on a campaign against “the gender binary”–which normal people know by the term, “reality.”

Leftids have a real problem with the concept of “male and female.” This ordinary aspect of reality makes them mad. Happily for them, whenever they’re in charge of anything, they’re able to do things which they think will make reality unreal.

That’s why they must never, ever be allowed to be in charge of anything.

If you voted for a Democrat last year, or stayed home on Election Day, or wasted your vote on some third-party non-entity… It’s your fault.

Don’t do it again.