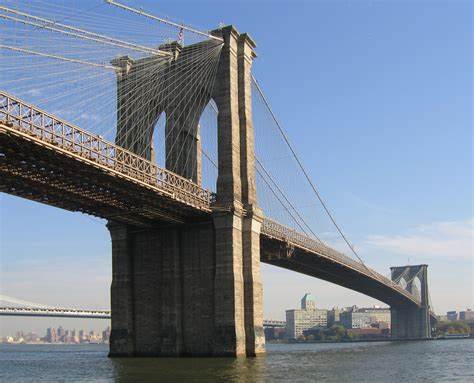 When I wrote this a few years ago, I had not yet observed that the Pew Poll is all over the map when it comes to religious issues. So of course it sounded really bad: “49% of people who have left the church no longer believe in God or miracles.”

Which is another way of saying 51% still do.

But God is not running for office. He is still God whether we believe in him or not.

And believing in “science,” or government, or the innate goodness of human beings–well, heck, I’ve got a really nice bridge to sell you…

I have lived in Metuchen, NJ, all my life. I have been married to my wife Patricia since 1977. I am a former newspaper editor and reporter. I was also the owner-operator of my own small business for several years. I wrote various novels and short stories published during 1980s and 1990s. I am a long-time student of judo and Japanese swordsmanship (kenjutsu). I also play chess, basketball, and military and sports simulations. END_OF_DOCUMENT_TOKEN_TO_BE_REPLACED
This entry was posted on Thursday, March 28th, 2019 at 8:10 am and tagged with belief in God, belief in science and government, G.K. Chesterton, God's sovereignty, people who leave the church, Pew poll and posted in news, religion. You can follow any responses to this entry through the RSS 2.0 feed.
« My Newswithviews Column, March 28 (‘Freedom–An Endangered Species’)
When They Break Down Your Door in the Middle of the Night »